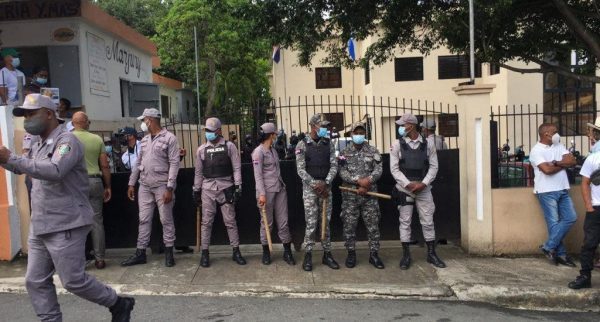 Parents of several of the six arrested in the case of the patrol that fired 32 shots against a Kia vehicle, killing two on board (Eliza Muñoz and Joel Díaz) and injuring a third of four occupants on the evening fo 30 March 2021. The chief of the Police said in an Alicia Ortega interview that they were looking for a white car involved in the stealing of a pasola, a small motorcycle. News reports indicate that the bullets recovered at the site reveal the policemen used high-caliber weapons for which they were not authorized. Interior & Police Minister Jesus Vasquez has said the killing was due to a confused identity. The director of the Police, Edward Santos admitted all correct protocols were violated by the police.

The media has criticized that the director of the Villa Altagracia police station, from where the patrol was sent to act against...

11 Comments on this news item