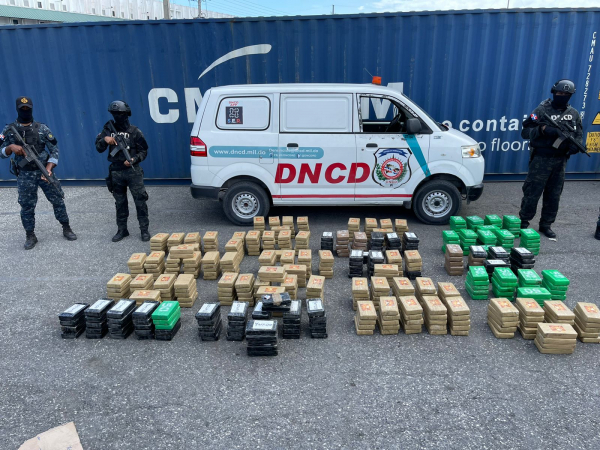 The National Drug Control Agency (DNCD) announced the seizing of 862 packages of presumably cocaine, in two interdiction operations deployed over the weekend at the Caucedo Multimodal Port. Caucedo port security forces also participated in the actions.

Anti-narcotics agents and military personnel, with the cooperation of the Colombian Police and international organizations, had profiled several containers in transit through the country from Cartagena, Colombia. In the presence of members of the Public Prosecutor’s Office, a more rigorous inspection was carried out, and the first 500 packages, presumably cocaine, were seized in cardboard boxes in a first operation. According to the cargo manifest, the final destination was France.

Continuing with the surveillance operations and as part of the exchange of information, the DNCD agents seized another container, also in...