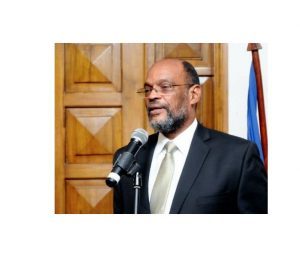 The events continue to unravel following the murder of Haitian President Jovenel Moise on 7 July. Now, neurosurgeon Ariel Henry will get the position of acting prime minister, replacing Claude Joseph. He had already served in the Michel Martelly government in 2015. The late President Jovenel Moise had named Henry to succeed Joseph, just two days before his death. When Moise was murdered, Henry invited Joseph to stay on as foreign relations minister. But Joseph held on to the acting prime minister position with the initial blessing from the United Nations. New events singled Joseph as a possible suspect of being involved in the murder.

The Core Group urged Ariel Henry to take charge in a statement issued on Saturday, 17 July 2021. The Core Group is made up of ambassadors in Haiti from Germany, Brazil, Canada, Spain, the...