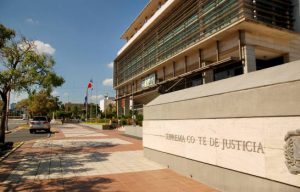 After accepting a cassation appeal by the Public Ministry, the Supreme Court of Justice revoked the sentence of the Criminal Chamber of the Court of Appeals of Santiago that had favored Pasión Night Club and four defendants accused of pimping and money laundering.

A note says that on 4 September 2018, the Fourth Collegiate Court of the Criminal Chamber of Santiago discharged Norberto Ramon, Miguel Angel, Rafael Andres and Carlos Mauricio Gomez Diaz, a ruling that the Santiago Prosecutor’s Office appealed. Subsequently, on 5 June 2019, the Court of Appeals dismissed the appeal confirming the ruling.

After that decision, on 5 July 2019, the attorney general of the Court of Appeals, Juan Carlos Bircann Sánchez, appealed to the Supreme Court arguing the decision contained severe legal errors.