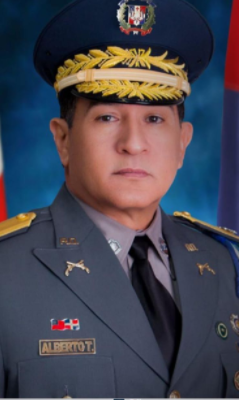 Major General Eduardo Alberto Then has not appeared in public after the uproar regarding recent police brutality cases resulting in three highly publicized deaths by young men in Police custody.

Instead, his superior in the government hierarchy, Interior & Police Minister JesusVasquez and the new Police Commissioner, Spanish security expert Jose Vila del Castillo have been who are speaking whenever the presence of the head of the Police is requested.

These two sat for a press conference in response to the recent killings due to Police brutality where journalists were not allowed to ask questions. Instead, 14 deliverables of the Police Reform were presented.

These two represented the Police director general who had been summoned to the Chamber of Deputies to explain why the recent deaths. The families accuse the Police of murder when...