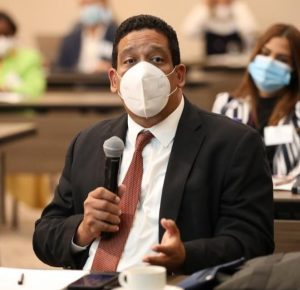 The Procurement Agency (DGCP) published a list of 113 mayors and city councilors, two judges and four government officials whose permits to sell goods and services to the Dominican government are suspended. This list includes the director of the DGCP himself, Carlos Pimentel, and two high-ranking DGCP officers, Crystal Fiallo and Ruth Henríquez

The DGCP had announced with the change of management that it would be applying Art. 14 of Procurement Law 340-06 that prohibits public officials from bidding or contracting with the state. The law’s scope covers ministers, deputy ministers, directors and deputy directors, mayors, and city councilors.

The Procurement Agency this week also announced the suspending of the permit to sell to the state of Youth Minister Kinsberly (Kimberly) Taveras, who is under investigation.

In previous governments, it was...