US denies entry to Fidel Santana 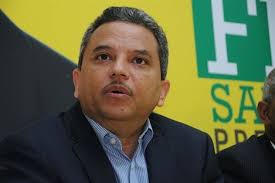 Santana has been considered for the position of ombudsman in the Dominican Republic. The ruling Modern Revolutionary Party (PRM) majority in the Chamber of Deputies included him in the shortlist of three sent to the Senate for the position of ombudsman. The Senate put the shortlist on hold alleging irregularities in the pre-selection made by the Chamber of Deputies.

The rules for ombudsman impede a practicing politician from holding the position. To aspire to the...