yeah, for sure.
even the TS Force winds are arrived over land since hours now, and the storm surge starts to hit prior to that.
M

You can watch FLORENCE live on this hurricane CAM located 34 miles off the North Carolina coast - https://www.youtube.com/watch?v=deG4NxkouGM. (for as long as it stays there?!) 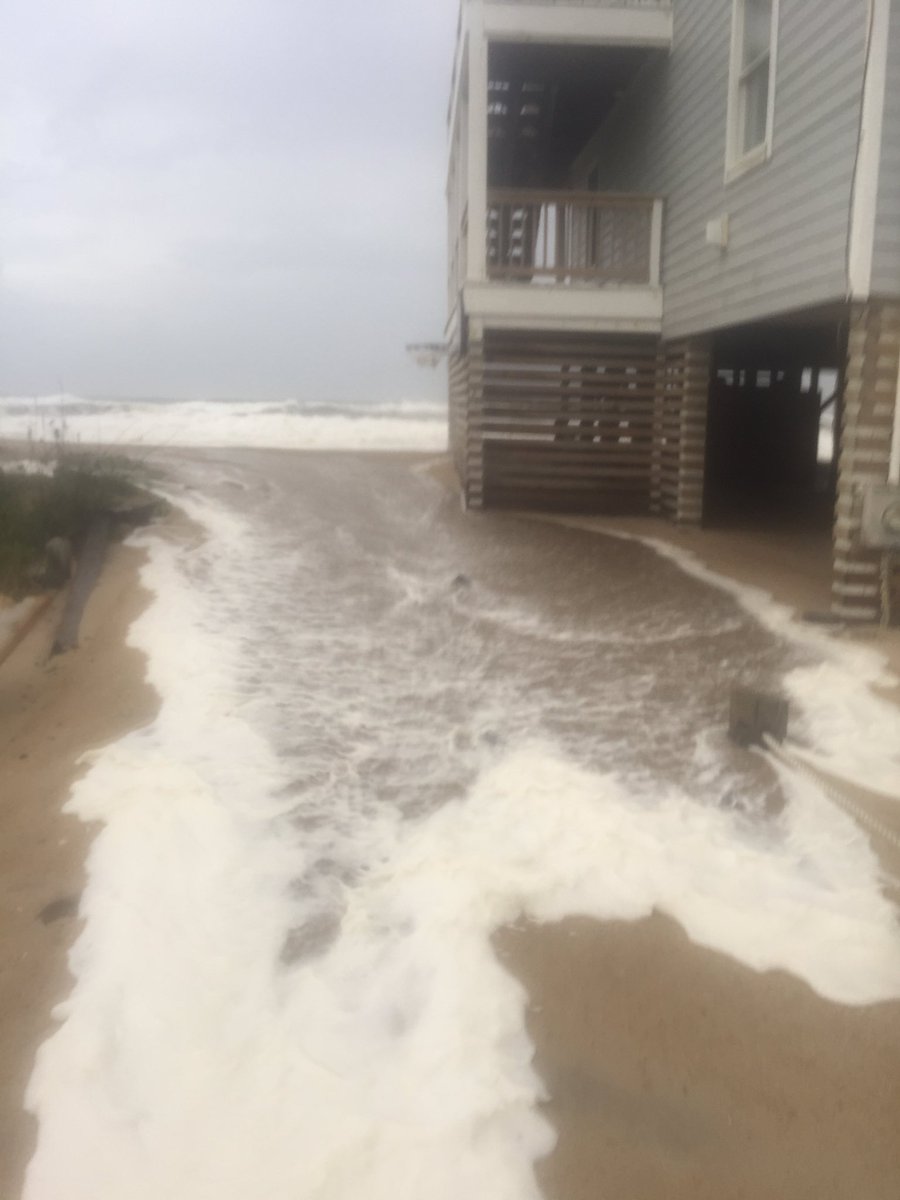 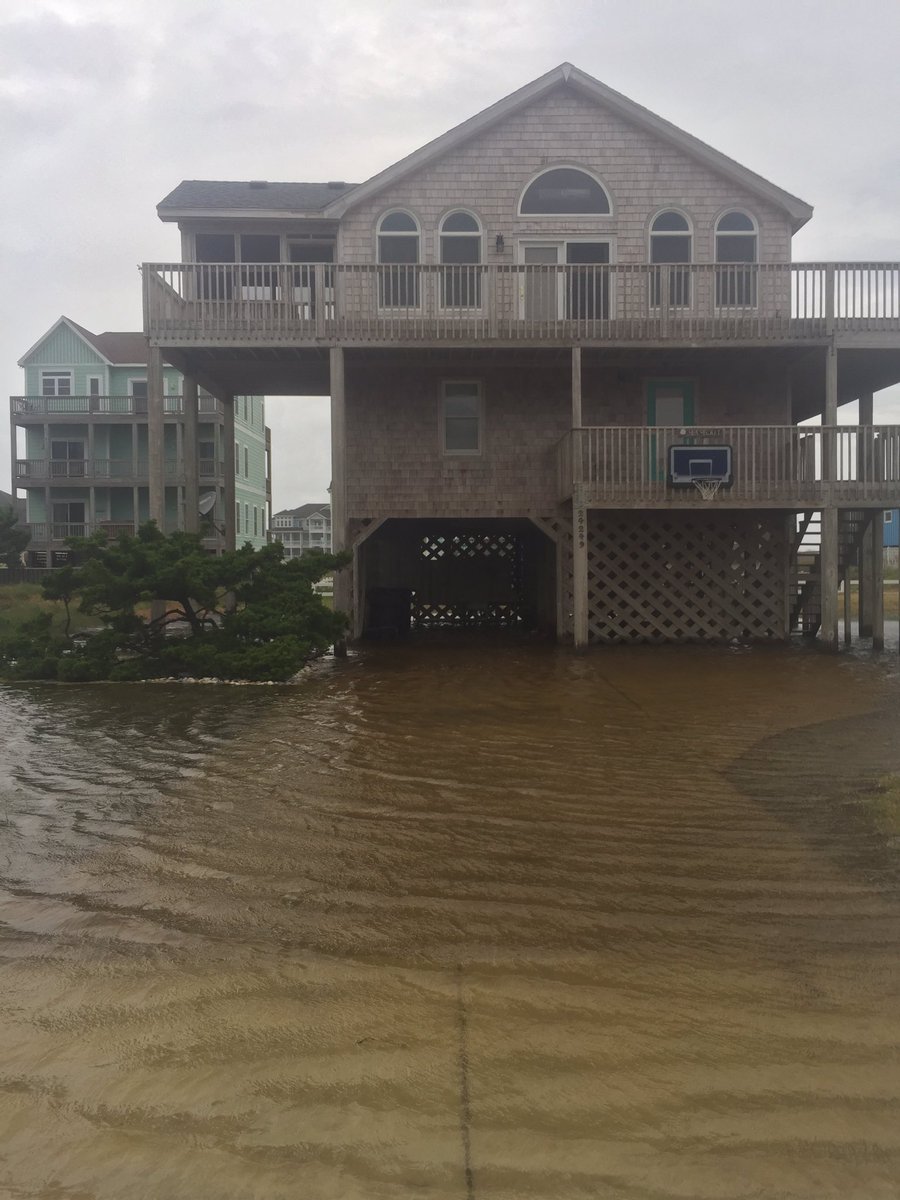 Now you see the reason those houses are built the way they are, flooding is common. same thing along the levees in Louisiana.

bienamor said:
Now you see the reason those houses are built the way they are, flooding is common. same thing along the levees in Louisiana.
Click to expand...

thats right, they are built to let the water run through below.
but they are not built nor resisten to high wind powers, as they usually don't get such.

Isaac finished walk over the Antilles.
position correction towards the South,
that way the DR will def not reach any TS Winds anywhere.

Isaac only a Tropical Depression prior to arrival South of the Mona Passage.
40mphr max winds and the former huge windfield completely shrinked to insignificance.
the interaction with Land gave the kick to let the windshear do it's job.

Florence slowed down to just 5mphr now, so a stalling is not out of possibilities.
windforce is down on just 100mphr, and those Hurricane Force winds arrived at shore already.
even completely knocked down and a fleddered Ex-Monster,
Florence will dump a heck of water all weekend long on the Carolinas also wide landinward.
by far not what been awaited, but enough to hurt that region badly.
even that the storm surge is only a fraction of what was feared a couple days ago,
it will still be a battering of the coastline by powerful waves, claiming land for the Ocean.

Florence is on Land and continues doing it's thing.
90mphr Cat1 going down slowly and moving forward slowly on just around 5mphr.after loosing Hurricane Status this storm will be a TS til Tomorrow Noon, battering the same area with wind force and dumping down a heck of rain.

Isaac is the one running perfectly by the book, from scratch to grave.
passing South of PR since early morning and moving on a quick 16mphr Isaac will pass South of us soon.
a quick in and quick out.
the Storm is down to Tropical Depression and will not bring any danger to us nor to our neighbours.
some wind gusts and some dark clouds moving through the Area will be all we get here on the East/Punta Cana.
sure some rain will drop down at some regions, as it always does here in the Tropics, but Isaac is nothing to worry about.
there will not be any flight delays/interruptions or such for Punta Cana/the whole DR.
The Ocean is rough today of course and will be going down during tomorrow/Saturday.

The Tracking from former Hurricane Isaac been from birth til it's arrival at it's closest point to Punta Cana forecasted a 100% correct. the development of the Tracking models during the last few years is immense.
they had this year also been the same precise on the long range Tracking forecasts for Hurricane Florence, which is sadly over the Carolinas still, where it will continue an other 36 hrs before the powers go down to a bearable level.
Good Luck for our American Neighbours at the Carolinas.

Isaac is Now South of the Eastern Mona Channel/S of Western Puerto Rico.
central pressure rising, it is on full decline and keeps moving on full 16mphr Westward.
in 5hrs it should be on the other side of the Mona Passage, S of Cabo Engaño.
it moves most of it's little rain left in the storm on it's SW quadrant.
but there is one strong cell on the NE Quadrant, which should rain over Puerto Rico and can also bring some water with attached winds to our South and up to my area at the Cape.
impossible to estimate exact positioning/track of a cell/such portion.
it could also happen that we stay completely windfree in PC, but I doubt.
so far today we have very dark clouds around, not a drop of rain and most time the sun is out.
up here on the 4th floor the breeze blows quiet hefty gusts, nice fresh, but up here there blows always a breeze, even when there is zero wind to feel down on the Beach.

here, on the lower atmosphere level of the Water Vapor Loop,
you can see exactly where the Eye of Florence is over the Shoreline.
https://www.star.nesdis.noaa.gov/GOES/sector_band.php?sat=G16&sector=car&band=10&length=12

Mike, is it raining in the East now?

caribmike said:
Mike, is it raining in the East now?
Click to expand...

No.
i am at home up in Veron and had exactly 3 minutes of a rainfall.
it is very windy and the gusts are strong, but only partly cloudy and the most time been even sunny today so far

here you can see how little rain is in the air from PR over to our East Shores.
Isaac blows quiet some harsh windgusts northwards, they should reach at some areas the South Shores,
but nothing really big.
https://www.weather.gov/radar-pr/#radar-sju

My corner of the capital seems to attract all rain it can get at least this is my impression.
Only need to be aware of the water load, I want to avoid my car being flooded again (5 minutes strong rain yesterday and street was a foot under water already. 3 weeks to go I am outta here and off to Santiago.

here you can watch the water coming by as a live shot.

forget the photo above, it should have been a video loop, but it only shows the first(ole) photo of teh loop on DR1.
heer is the link to the live loop
http://www.intellicast.com/Storm/Hurricane/CaribbeanSatellite.aspx?animate=true

MikeFisher said:
forget the photo above, it should have been a video loop, but it only shows the first(ole) photo of teh loop on DR1.
heer is the link to the live loop
http://www.intellicast.com/Storm/Hurricane/CaribbeanSatellite.aspx?animate=true
Click to expand...

as you can see on the loop,
the bad stuff stays south of the coast, we should only get spread out lost small band pieces.

Still enough to flood our street and parking ground. Like the remnants of Beryl that drowned my car.

you have to get a real car, with a roof and doors that close and all those luxury extras, lol
or get the heck out of Safacon Capital and move to a nice area where yoru car can park above drowning levels, hahaha
You must log in or register to reply here.
Share:
Facebook Twitter Reddit Pinterest Tumblr WhatsApp Email Share Link
Top Bottom