That much about the beloved by some windy.com. completely off. No sirve.

Satellite seems to be correct though.

That much about the beloved by some windy.com. completely off. No sirve.
Click to expand...

I was looking at that App and on there it looks as if it would go more north. Good to know then it doesn’t work.
Reactions: caribmike

Yes, it makes one think it the worst passes North.
W

MikeFisher said:
the link leads to the old radar station which stopped running in 2018.
Click to expand...

Just like me -- a day late and a dollar short
Reactions: MikeFisher and caribmike

been now looking on the weather buoys on the way from SE towards PR.
from St Croix til Vieques the max recorded winds range on just 35mphr, and those are IN the windfield,
but so far nothing anywhere near TS Force winds recorded by any weather station or buoy.
Reactions: caribmike
W

I have used windy.com to track storms for a couple of years. It as proven quite accurate. Was spot on for Isaiah.
NHC has maximum sustained winds at 40 mph for Laura at the moment.

caribmike said:
Yes, it makes one think it the worst passes North.
Click to expand...

by the atcual outlook the "worst" will pass all terrain of DR, from N to S and E to W.
what bothers me is the show dropped pressure but no rise on windpowers, teh opposite, the windpowers look way too weak for a TS.
there may be a 2nd Low Pressure Area in the SE Quadrant off the Surface Low(Center), not near the surface but mid level of the atmosphere.
such phenomenon can happen withinsuch wide area covering low category storms.
that would then not mean that Laura is intensifying windpowers, it would mean that the whole rainloads circulate around a mid level center many miles SE of the Surface Low(Center shown as Laura on the Maps), wandering directly in the wake of the SurfaceLow.
such phenomenon limits windspeeds and could be the explanation for the surrisingly low windspeeds measured by the numerous weather stations and weather buoys on the way so far.
usually such phenomenon does not last long, surface and mid level Low should come together and work as One, which then rises the windspeed again back to level.
such come together could show a little "jump" of Center again, but not by many miles.
it should not have a significant impact on the actually shown outlook of the NHC, a few miles more north or south will sorrily not make a difference on impact on DR this time, as it is big enough to keep us under it's strong portions as a country completely at a time.
W

Will the mountains affect the storm.....?

Hopefully, I want to see some construction destruction

...or maybe better not to have it stalled and get rid of it as fast as possible? :/ It is moving pretty fast, isn't it?
W

When a weather situation like this passes on the north, the mountains push it further north
away fro land

if this storm passes south of the mountains, wouldn't you expect it to be pushed south ??
Reactions: MikeFisher

sorry that my stuff comes delayed, but i am in real internet trouble.
have to start uploads 2-3 times before a graph goes through.
this shot from 12:00PM today show's what I meant with different locations within the whole storm for the suface Low(Center of storm, RED dot)
and the mid level low pressure(yellow X), which is the actual Center of Circulation for the whole thing.
the Surface Low(RED) dictates the direction the whole storm will go, Yellow X will follow direction orders.

it is not a full fueled and circulating Hurricane, just a small Surface Low Pressure area.
that Center itself is small and touches very little ground(does not cover any wide area).
it may bounce a bit up and down along mountain ranges,
but the huge mass of rain areas behind it will over all follow the straight line and once they hit high mountains, such area can slow down/hang there for a while.
this is from 12:30PM today.
the strong rainfalls are S of PR and the circulation should enter them from the SE direction to the SE of PR now/soon. 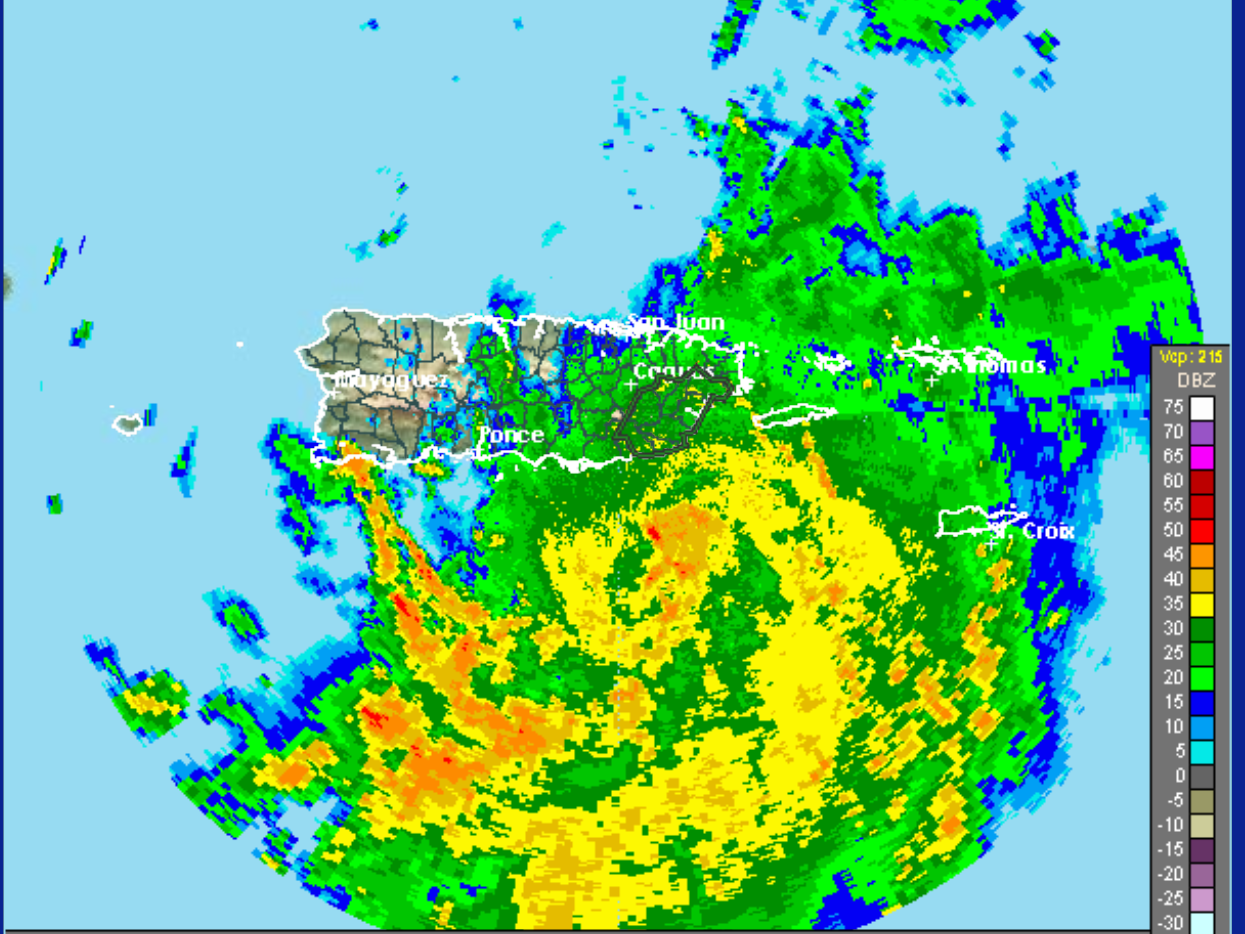 with a strong rainband S of Vieques windspeed is rising on approach of the rainloads.
the actually shown 40mphr Windspeed will by the 2PM update of the NHC sure show as 45mphr.

Thunder and rain now in Santiago.

cloudy in Veron, light wind gusts once in a while.

the Surface Low hit the Mona Channel at 1:00PM, right at the SW corner of PR.
it drifted this morning for hours straight West but looks to me WNW already now.

windeguy said:
I have used windy.com to track storms for a couple of years. It as proven quite accurate. Was spot on for Isaiah.
NHC has maximum sustained winds at 40 mph for Laura at the moment.
Click to expand...

Have you looked at windy.com for this storm ?

no surprises so far.
the mid level Low and the Surface Low come together, for onestrong circulation.
NHC did upgrade the windspeeds now from 40 to 50 mphr, weather buoys around PR support that, too.
T-3hrs max til touch down in DR around our SE Corner.