Casssius Clay....would be a good one, certainly is reflective of cultural understanding... and after the hurricane forms it can change its name ..........
Reactions: Sailor51
X

Thanks Mike, always appreciate your analysis. Much better than looking at the Noaa and understanding nothing!
Reactions: MikeFisher

the one to observe is the 2nd Wave, the one which is now on the half way point between Africa and the Windard Islands.
it is located far south of the usual path of a brewing storm, but it's wnw movement will bring it above the 10thN in a couple days.
from there on we have to see how surrounding conditions on it's way look like.
at the moment the first wave is clearing pavement, taking out dry air, which hinders it's own development.
at the moment I see the 2nd Wave far enough behind the 1st and also moving slower,
so there should be enough time to have again a good amount of dry air and hopefully some windshear up
before it approaches the final 500-800 miles East of the Lesser Antilles.
so far nothing looks like any big trouble.
as typical this early season our Sea Temperatures on the Highway are Noth of the 10thN for the Eastern Tropical Atlantic just barely warm enough for storm, development, slow development if any.
the western half of the Highway is on the lower scale of the necessary sea surface temps to favor development.
the last couple hundred miles towards the Windward Islands and then the Caribbean Sea are already easy hot enough for development.
the really hot spots so far this season, with almost 2C hotter surface temps than "normal/average", are located off/close off the East Shores of the USA.
any disturbance popping up there has already good basic conditions for quick development.
anything East of our Soil, on our Tropical Highway between Africa and the Lesser Antilles,
looks so far "normal", like any average early season conditions.
Reactions: caribmike and Jan

Elsa, the fifth tropical storm of the year in the Atlantic basin, formed in the last hours from tropical depression number 5 and is moving rapidly towards the Lesser Antilles, in the Caribbean, with maximum sustained winds of 40 miles per hour (65 km / h).

This morning the center of Elsa was located about 865 miles (1,390 km) east of those islands and tropical storm warnings are already in effect for Martinique, Saint Lucia and Saint Vincent and the Grenadines, and a warning of tropical storm watch for Guadeloupe.

The storm is moving west at a speed of about 25 miles per hour (41 km / h) , which may increase further as it veers west-northwest over the next 24 to 36 hours.

That day in the afternoon or evening it will advance towards the east of the Caribbean Sea and on Saturday it will be near the southern coast of Hispaniola (Dominican Republic and Haiti).

Both Cuba and South Florida appear in the cone of Elsa's possible trajectory last weekend, which would mean an added problem for the search and rescue tasks of the victims of the partial collapse of an apartment building in Surfside ( Miami-Dade), where at least 18 people have died and there are more than 145 missing.

Maximum sustained winds are near 40 miles per hour (65 km / h)with stronger gusts and a strengthening is forecast for later.

Tropical storm force winds extend up to 105 miles (165 km) from the center.

In addition to wind, the system will produce total rainfall of 3 to 6 inches (76 to 152 millimeters) with maximum totals of 8 inches (203 mm) on Friday across Windward and the southern Leeward Islands, including Barbados.

This rainfall can lead to isolated flash floods and landslides.

Before Elsa, Ana, Bill, Claudette and Danny were formed since last May. 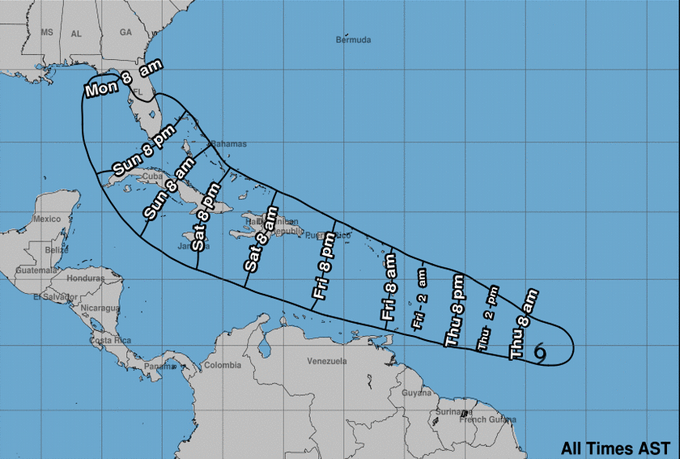 I think we gonna get some rain!

while things of course can on this stuff change day by day.
so far, at this moment, the outlook is crap and will not happen.
Elsa is a far southern lane runner,
entering the SEern caribbean sea over the southern windward islands and then move S and later on Central in the Caribbean Sea.
it will so far not come anywhere near the DR and by the actual outlook effects on DR will be zero.
just to be clear, a day of shitty rain on/off/cloudy weather is what count's for me as Zero effects, lol.
we will observe, but so far nothing to waste time on.
we are here on the East on am other sunny hot beautiful day,
if you don't have a boss putting you on a job, like myself,
hit a beach and enjoy Island life before the 3PM alcohol prohibition kicks you back home to your wifes, lol
Reactions: johne, Gadfly, Northern Coast Diver and 5 others
C

And surfers in Fl are wetting their pants.

it is steaming on high speed/almost 30mphr forward.
Elsa will pass S of Punta Cana tonight and already approach the Haitian Peninsula for a Landfall tomorrow afternoon.
as far as DR is concerned, Barahona will be close and should feel strong winds.
the weird looking windfield of Elsa is on it's North Side, towards the Island.
it will be a quicky for our side of the Island.
I have no idea about it's watermasses, honestly no time to check such details.
Reactions: j&t's future, Linda Stapleton, Gadfly and 1 other person
W

Remember our back to back year on the north coast

Looking like an early arrival... not mid-afternoon any more

Watch the 8am update
W 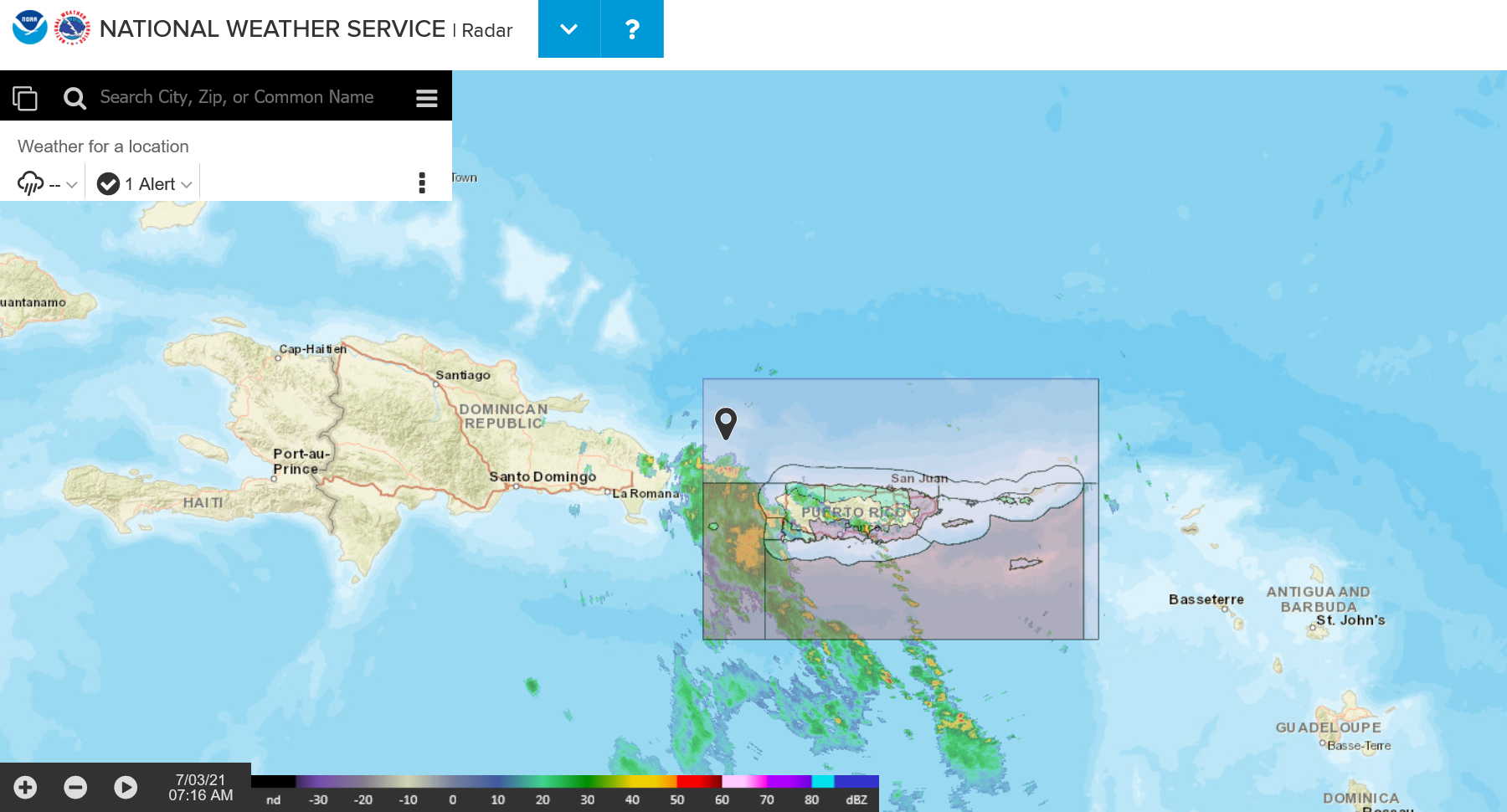 Light rain at 730AM in Boca Chica. Minimal wind.

Clouded over @07:00 and rained for about 10 minutes. Then sun came out. Clouds moving in again and more rain shortly it looks like. Continuous mild breeze with stronger gusts in Sosua currently. Wind seems to be increasing over time. Clouds and wind coming from the southeast as expected.
W 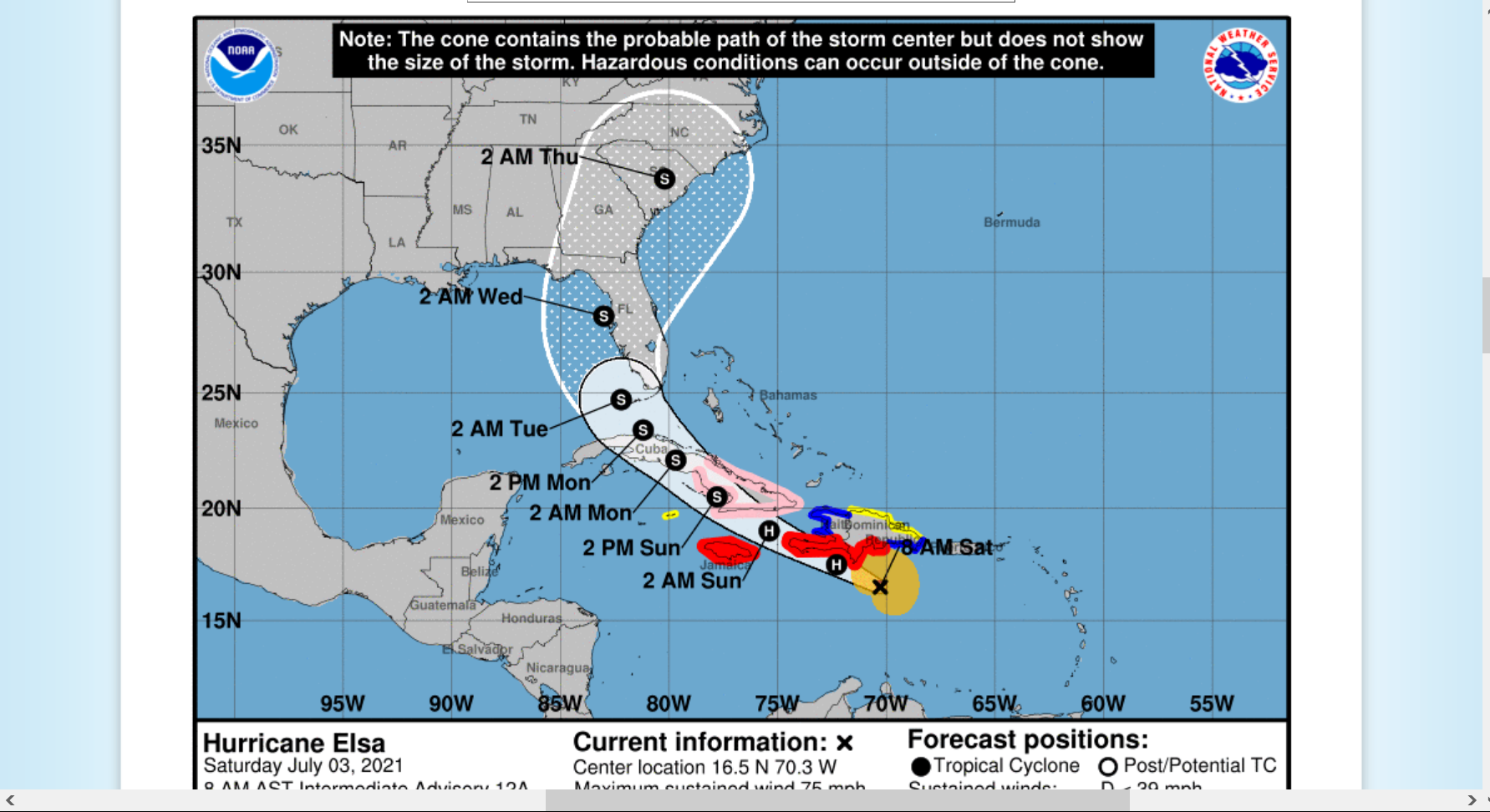 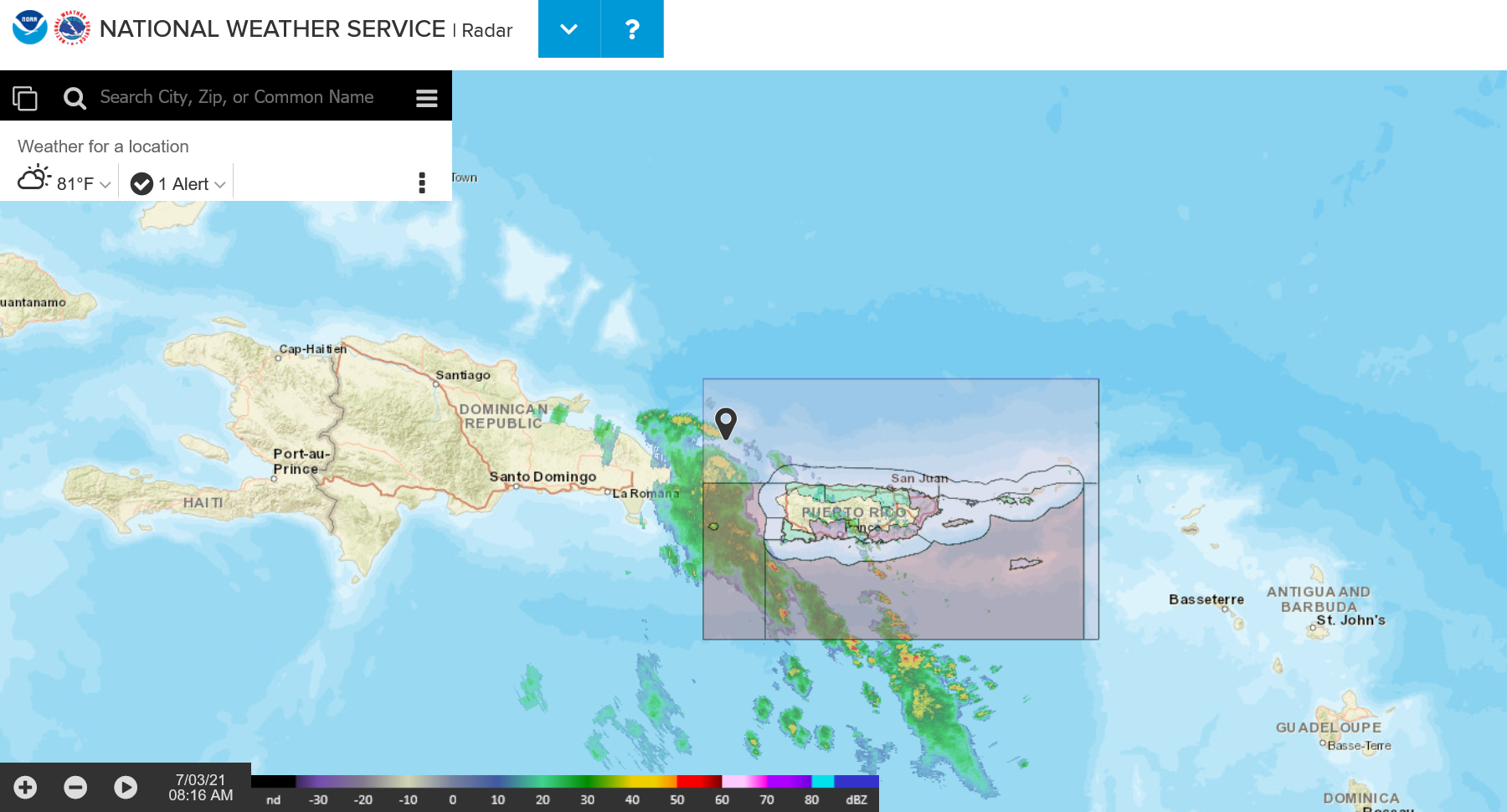 It’s hit San Cristóbal hard, hopefully JDJones will post soon and update us. Our home isn’t far from the beach there. 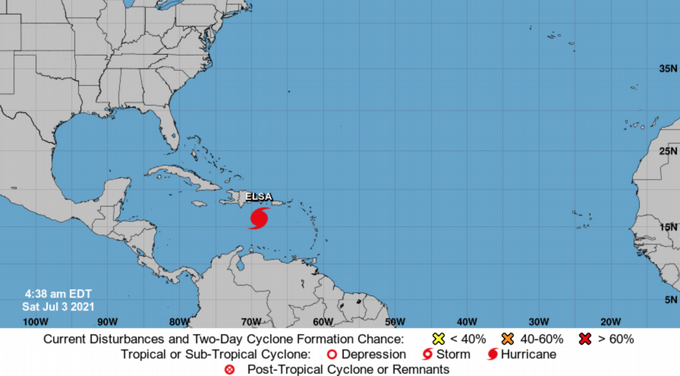 AlterEgo said:
It’s hit San Cristóbal hard, hopefully JDJones will post soon and update us. Our home isn’t far from the beach there.

That was not San Cristobal DR. That one is near Barbados and Grenada. So far so good here in the DR.
Reactions: j&t's future

Northern Coast Diver said:
That was not San Cristobal DR. That one is near Barbados and Grenada. So far so good here in the DR.
Click to expand...

I should have realized, thanks.
W

The sound of thunder coming from the east part of Cabarate/Islabon. Darkening skies after a small downpour and clearing earlier. Quite dark now and breezy.
Looks like more rain soon and that is about it for Elsa where we are in Cabarete since she is on her way to Haiti/Cuba/and Gulf Coast of Florida.
You must log in or register to reply here.
Share:
Facebook Twitter Reddit Pinterest Tumblr WhatsApp Email Share Link
Top Bottom