Torrential rain and gusts of wind now hitting Cabarete at 9.15 a.m. Got drenched battening down the hatches and rescuing my plants.

Some strong showers with a few gusts of wind. Nothing of storm force as of yet in Playa Chiquita. Elsa is west of Santo Domingo and still off shore. Does not look like a whole lot is coming our way.

a No Show for the Punta Cana Region.
we had this morning some insignificant rainfalls, no wind worth to mention,
it passed us very far South of PC. here the day will continue with clouds, some showers on/off, no wind above of what we have 100 times per year as a breeze.
it is centered S of Western DR, so the area San Pedro Westward should be in for a wild ride today, at least to be a close call.
Landfall can be awaited on the western end of the Haitian Peninsula.
it should blow quiet hefty from our Capital on Westwards, i don't know how heavy the waterloads are near the center there.
teh most trouble should be the usual rainfalls over our higher areas, as the rain cells of the storm get stuck at higher elevations and rain down a lot there then, as always.
Reactions: Linda Stapleton and caribmike

10AM and we have lost power about 10 minutes ago in Boca Chica. No rain but gusty winds.

Edited to add power back on!
M

Live webcams showing Parque Colon in the capital here. You can see that there's a bit of wind but it doesn't seem too bad so far: 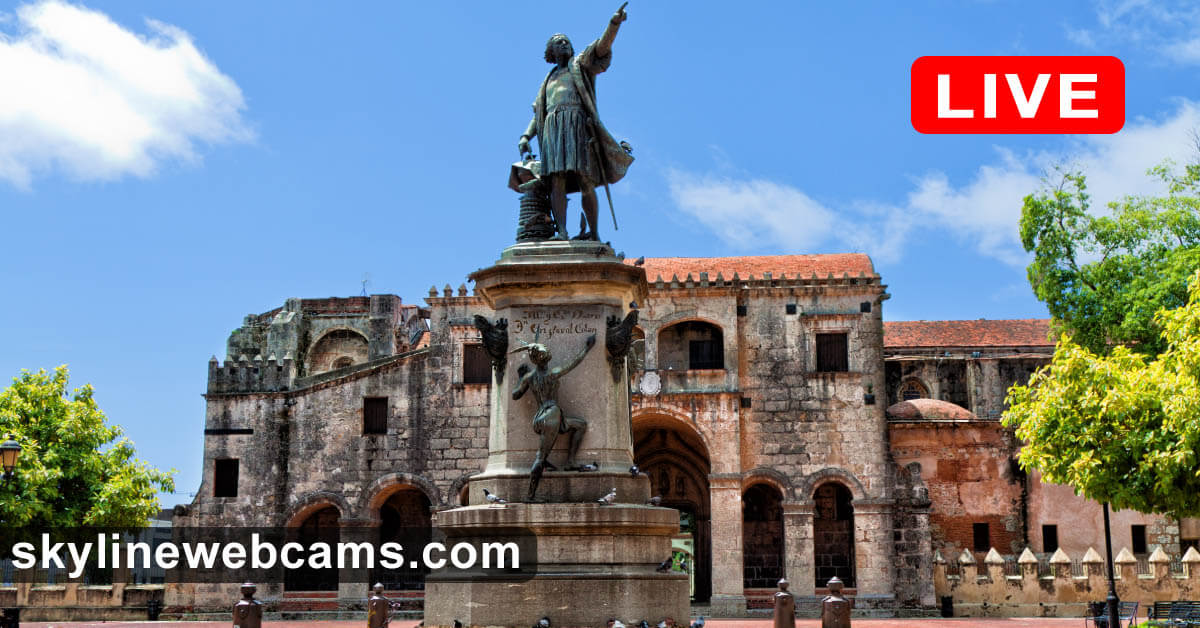 the Track looks stable as NOAA showed it from the beginning,
so any hard core Hurricane Force will stay away from the Capital.
the strong windpower part, which is small on size, may brush the southern point of Barahona Peninsula,
but so far it looks like that is the worst to await.
as far as waters go, what ever it is bringing, it comes and goes fairly quick, running 30mphr forward speed is a huge relief.
the SE part with some winds and water will move upand over western DR after the storm passed,
but that's not anything mayor, it just could become heavy rain for some areas.
over all, for DR this thing looks good so far.
Reactions: Africaida, caribmike, NanSanPedro and 1 other person
C

Heavy rain and light to moderate gusts in Santo Trafficjam near Bellas Artes.

it already passed the southern tip of Barahona Peninsula, close but without a touch, still nice out.
The Storm is goung down due interation with Hispaniola, already downgraded to a Tropical Storm.
Reactions: Africaida, Linda Stapleton and Gadfly
M

i am in PC up in Veron, once in a while some windgusts come through for a few minutes.
no more rain since a longer whle now, and anyways, not muchy had at all today.
will be on my way to Bavaro in a few, but don't expect anything different over there.
J

Nothing strong to report in POP... A bit of rain throughout the day, that's all... Even the transformer had not (yet) exploded...
Reactions: MikeFisher

this system stayed even a bit further out than expected and dowgraded 2 days earlier than expected.
aside of some floodings at some areas vulnerable to any timeof the year rainfalls,
i don't think it had a significant impact on DR.
You must log in or register to reply here.
Share:
Facebook Twitter Reddit Pinterest Tumblr WhatsApp Email Share Link
Top Bottom