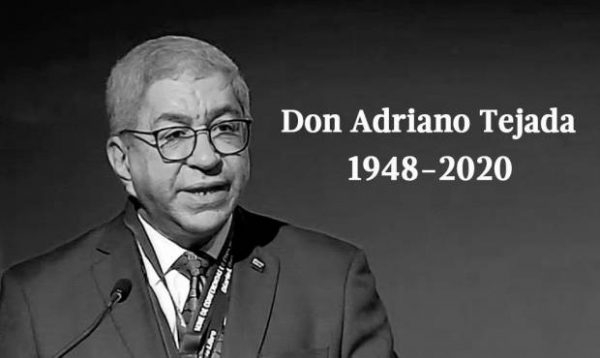 A great of Dominican journalism, Adriano Miguel Tejada passed away on the early morning of 2 December 2020. He would have celebrated his 72nd birthday on that day. Julissa Cespedes was the first to share the news on El Despertar con CDN.

Tejada was the executive editor of Diario Libre from 2004 to 2020. He had retired just recently and announced he would dedicate himself to his hobby as a historian and member of the Dominican Academy of History and to his family.

Tejada was hospitalized in intensive care unit of Cedimat where he reported died due to kidney problems. It was not known that he was sick previously.