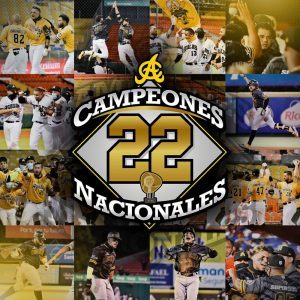 The Aguilas Cibaeñas wiped out aspirations of the Gigantes del Cibao and came away with their 22nd Professional Winter Baseball Championship title. They are tied now with the Tigres del Licey for the most wins in the Dominican professional baseball league.

The final game of the 7-4 series was played in San Francisco de Macorís, where the Gigantes were homeclub. The Aguilas won the game 7-4. Slugger Juan Lagares of the Aguilas was named the Most Valuable Player.

The Aguilas made a comeback in the series, as they had lost their first two games to the Gigantes. Team manager Felix Fermin now owns up to eight championships in the Dominican baseball league.

The Aguilas will represent the Dominican Republic in the Caribbean Series to be played in Mazatlan, Mexico from 31 January to 6 February 2021.