Bail authorized for Manuel Rivas (Omsa) and Kanqui, the clown 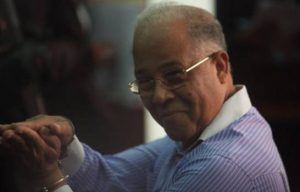 Two high-profile defendants were authorized to present bail yesterday, less than two weeks before the government’s change on 16 August. Major changes are expected in the judicial system in the new government.

The defendants are the former director of the OMSA government bus organization, Manuel Rivas, and Kelvin Francisco Núñez Morel (“Kanqui, the clown”). Rivas had been tied to the murder of lawyer Juniol Ramírez, who had been denouncing corruption at the OMSA. Rivas’ defense lawyer Carlos Salcedo was able to get the murder charges dropped and have his client only be tried for corruption. The judge then authorized bail for RD$4 million. In practice, this means a cash guarantee of RD$400,000, with the rest covered by insurance.

In the case of Kanqui, who had a popular children’s TV production, the court authorized a RD$5 million bail, or...
Click to expand...