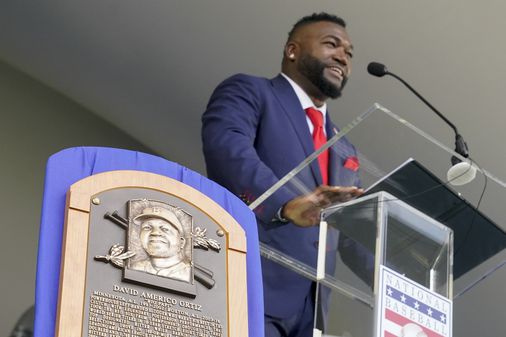 David Ortiz already achieved baseball immortality in Boston, and now the Hall of Fame has made it official - The Boston Globe

“I will always love Boston,” Ortiz said during a 19-minute speech in which he alternated between English and Spanish. “I will always be there for you, Boston.” Ortiz, 46, became the fourth Dominican player to receive the highest recognition in American baseball, after his compatriots Juan Marichal (1983), Pedro Martínez (2015) and Vladimir Guerrero Jr. (2018) and the Dominican people. He showed her closeness.

The delegation from the Republic was headed by the sports minister, Francisco Camacho, who highlighted the "example to follow" that Ortiz represents for the young generations.

The small town of Cooperstown was painted in the colors of the Dominican flag, and Ortiz received a long series of heartfelt applause before, during and after his Hall of Fame induction speech.

The ceremony was held again in July, on its usual dates, after the 2021 ceremony was organized in September and the 2020 ceremony was canceled due to the coronavirus pandemic.

And the green fields that surround the Clark Sports Center were filled from early in the morning with fans, many of them Dominicans, for an event that marks the history of American baseball.

Dozens of Dominican flags stood out among the nearly 10,000 fans present when, after 1:30 p.m. local time (-4 GMT), Jane Clark, director of the Baseball Hall of Fame, opened the ceremony.

The names of the seven newly elected to baseball immortality were announced and a magnificent ovation accompanied the name of Ortiz, who took the stage dressed in a blue suit, red tie and black sunglasses.

Shortly after, the daughter of 'Big Papi', Alex Vega Ortiz, was in charge of singing the anthem of the United States with a heartfelt performance that caused the applause of the public.

It was the culmination of a legendary career, which saw Ortiz win three major league titles, in 2004, 2007 and 2013, all with the Boston Red Sox.

In 20 seasons, Ortiz was one of the most influential players in the MLB for his work both on and off the field.

With the arrival of Ortiz and Cubans Orestes 'Minnie' Miñoso and Tony Oliva elected by the Veterans Committee, the total number of Latinos with a place in this baseball museum rises to 18 players.

And it is that the party for Ortiz was not limited to the ceremony at the Clark Sports Center, as Cooperstown is also preparing the so-called "Cooperstown Dominican Latin Fest", with more than 5,000 people celebrating along with guests such as merengueros from Quisqueyanos Fernando Villalona and Sergio Vargas, the salsero Yiyo Sarante, the exponent of the urban genre El Alfa and the musical entertainer DJ Adonis. 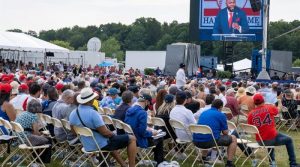