Campaigning for the passing of the extinction of domain bill 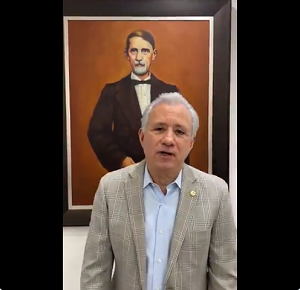 Senator Antonio Tavares (PRM-Santo Domingo East) is lobbying for support from the general public to encourage legislators to pass the extinction of domain bill that has languished in Dominican Congress for over six years. The bill allows for the forfeiture of assets when the owner cannot justify these were acquired legally. The measure is seen as a key tool to combat drug trafficking and corruption in government.

Senator Antonio Taveras, member of the committee of the Senate that is studying the bill, says on Thursdays he will upload a video explaining where the discussions are at. The first video was uploaded on 15 July 2021.

The extinction of domain bill has been approved three times in the Senate to only expire in the Chamber of Deputies.

They're all wary of this one. When this gets approved you'll know they're serious about wiping out corruption.

JD Jones said:
They're all wary of this one. When this gets approved you'll know they're serious about wiping out corruption.
Click to expand...

Approved then applied.
Also, it needs to be retro active.
If not then it's all bark no bite.

Abinader continues to reinforce his commitment to going after corruption and says he expects to see this new law approved in the near future.