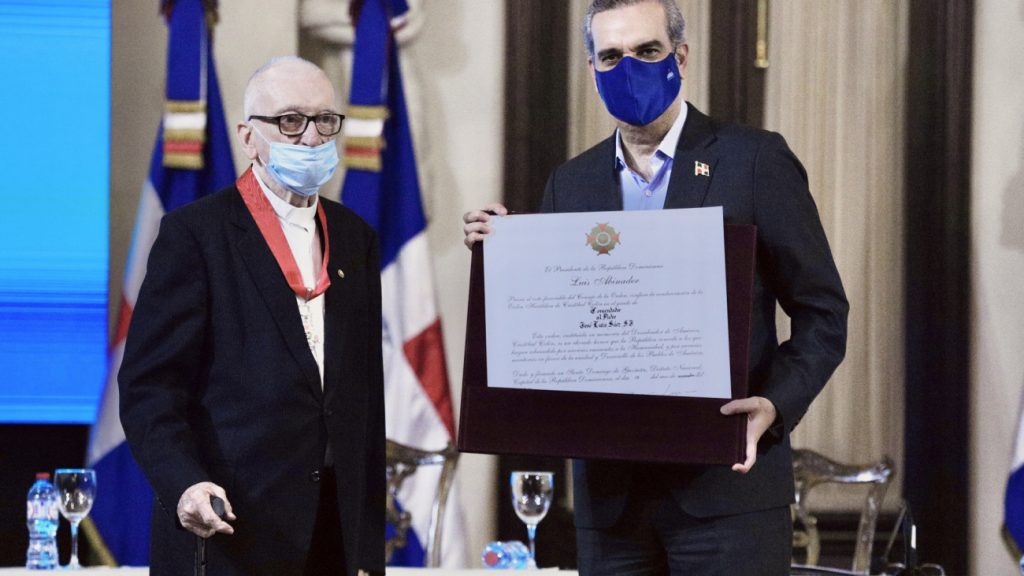 Father José Luis Sáez was born in Valencia, Spain, on 21 September 1937 and moved to Santo Domingo in 1954, where he resumed his studies to obtain a bachelor’s degree in business in 1956. He then entered the recently opened Faculty of Economics and Finance at the University of Santo Domingo.

On 30 May 1967 he was naturalized as a Dominican. In 1970 he was ordained in the country as a priest of the Society of Jesus. For almost 15 years he was a professor of cultural history at St. Thomas Aquinas Seminary.

Since 1999, Father Sáez has been a full member of the Dominican Academy of History, where he has served as secretary.