Columbus statue debate on the occasion of Columbus Day 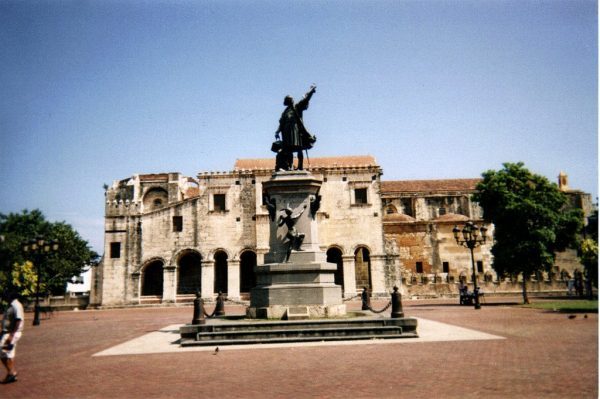 There are debates all around the world on whether to remove the Christopher Columbus statues. On Columbus Day, 12 October, around 20 protestors gathered at the Columbus statue in the Colonial City in Santo Domingo to demand the removal of the city landmark.

The Columbus statue is located in the main Colonial City square. Indeed, the park is known as the Parque Colón, or Columbus Park.

Those who are in favor of removing the statues argue Columbus is accused of the genocide of indigenous people. A 2019 study published in the journal Quaternary Science Review estimated that between 1492 and 1600, about 55 million people in the Americas died. The Taíno people were virtually wiped out in the decades after Columbus first arrived on the island of Hispaniola.

Already, Columbus statues have been removed in numerous cities.

Yet in Italy, the Columbus statue in Milano stayed...
Click to expand...

....(P)hilosopher Massimo Cacciari in a TV interview gave a strong reason against replacing the Columbus statue.

“The pretension of being able to judge history from one’s own point of view, from the point of view of the present, whatever this point of view may be, is of profound idiocy, arrogance and pride. Are we going to judge Columbus or the Roman emperor Julius Caesar according to our criteria of today? Then, history and the past should be oriented on our present criteria? A folly,” remarked Cacciari in the TV interview. (emphasis added).

I want this on my bumper sticker.
Reactions: aarhus, melphis, bob saunders and 1 other person

The Aztecs used to practise genocide on the their neighbours regularly. The estimate of 55 million inhabitants could be and is likely way off. The common quoted number is approx. 11 million, quite the difference.
Reactions: NanSanPedro

Just imagine how perfect the world would be today if the snowflakes and cry babies ran it hundreds of years ago instead of the barbarians.
One day I hope they realize that man is the cruelest most sadistic animal on earth. Whining about it now, trying to cancel past cultures or having todays descendants apologize for sins of our fathers shows how out of touch with reality these people are.