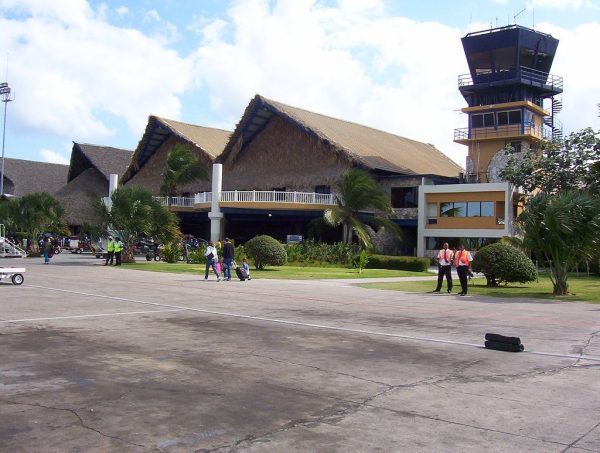 Rafael Guerrero of Corrupcion al Desnudo YouTube channel shares with his readers more footage of the Punta Cana International Airport surveillance video this time showing a group of three arriving with two suitcases that very much look like the red suitcases detained for investigation at the Punta Cana International Airport in mid September 2022. In the video, Guerrero helps readers follow how the three persons arrived together at the airport and handed over two red suitcases for loading on the TuiFly flight to Brussels.

Local authorities and investigators have not shared information on their findings on the case.

Meanwhile, Guerrero has been checking the surveillance video to come to his own conclusions and encourage the authorities to advance on the case.

The video shows how the group of three that arrived with the two red suitcases after leaving...
Click to expand...

Video evidence is powerful.
Take a picture of your bags after the bag tags are on them.
Reactions: NanSanPedro

Yourmaninvegas said:
Video evidence is powerful.
Take a picture of your bags after the bag tags are on them.
Click to expand...

So she dropped off a blue and black bag at check-in, but was detained for 2 red bags ? lol...... Am I missing something ? Seems more of a them-problem ------ them being whoever handles baggage for the airline/ airport security.


Maybe more to it than what the youtuber is putting out.
Otherwise it would mean 100% of passengers out of Punta Cana could be at risk of having the same adventure. And I can hardly see polticians ( and by trickle down effect, airports, customs, etc.....) being OK with the bad PR a case like this would bring, tourism wise.
Y

malko said:
Maybe more to it than what the youtuber is putting out.
Click to expand...

Investigating agencies never reveal the details of their investigation.
And it is smart that the individual currently accused to allows her attorney to speak on her behalf.
I will not comment on the judicial system of

Yes I watched that video couple days ago. The lady checked in a black and blue suitcase. The airline clerk took the labels that was printed out for those suitcases and left the counters area, went outside and met with the people that brought the red suitcases.
Everything is clear in the video.

When I check in a bag I always look when they put it on the transporters belts before I walk away.