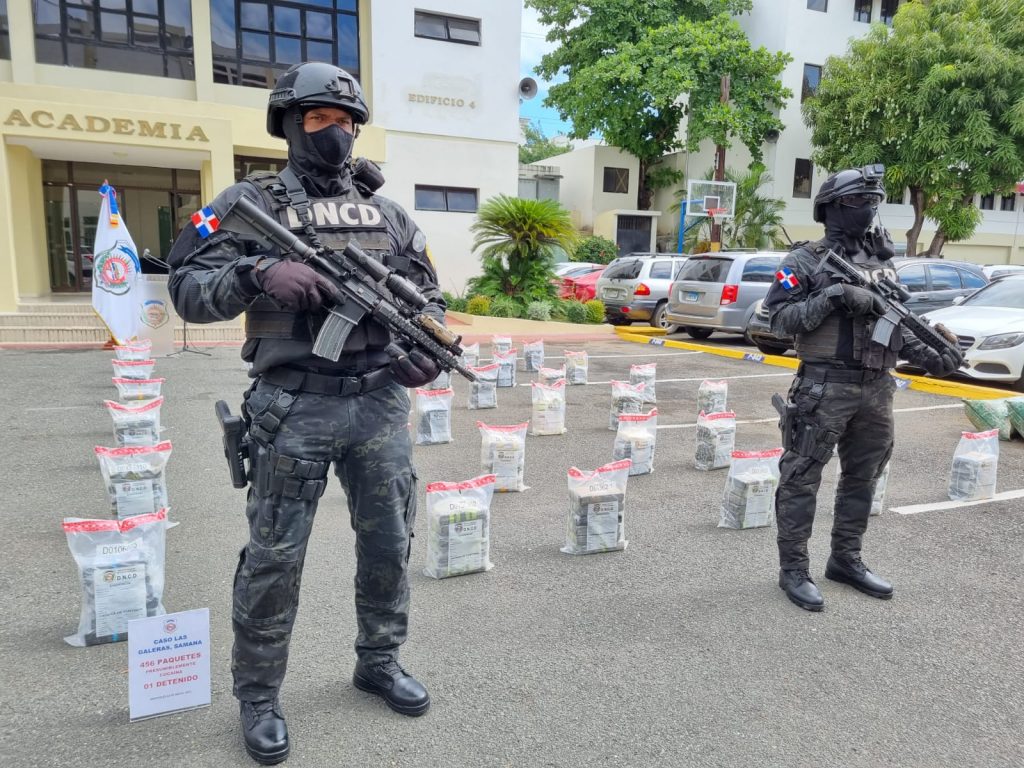 The National Drug Control Agency (DNCD) seized 456 packages of suspected cocaine in a cattle ranch in Las Galeras, Samana. The property is located near Playa Rincón beach, near the entrance to Talanquera, reports the DNCD. One unnamed man was arrested.

The DNCD explains that the man was detained and a search of the property was made. 16 packages of drugs were found hidden in a cave on the property.

The DNCD suspects the drugs would have been shipped to Puerto Rico.

The packages were sent to the National Institute of Forensic Sciences (INACIF) to verify their content.

The new authorities at the DNCD have seized 15.8 tons of illicit substances, 90% of which is cocaine. This total does not include the recent suspected cocaine cargo in Samana.