Domínguez Trujillo a presidential candidate for the PNVC

SANTO DOMINGO (EFE) .- The politician Ramfis Domínguez Trujillo announced on Wednesday that the National Citizens Will Party (PNVC) will take him as his presidential candidate for the 2020 general elections.

Dominguez Trujillo said at a press conference that he "celebrated" having found a match according to the ethical, moral and patriotic principles that are the invariable foundations of his nation project.

"After having contemplated the multiple party proposals that offered to host our political project and support our presidential candidacy, today we can proudly say that the National Citizens Will Party (PNVC) is my party, your party and everyone's party," said.

The grandson of dictator Rafael Trujillo said he felt "privileged" because the PNVC is the only one that "shines permanently, covered with the colors of our glorious tricolor flag."

In that order, he affirmed that he has always shown an "unperturbed" decision to defend the national flag against any threat and today he is "proud to adorn our candidacy and our purposes with the emblem of the country."

Likewise, Domínguez Trujillo urged all the candidates of the PNVC at the congress and municipal levels, to fight tirelessly until obtaining the victory in 2020, “always clinging to God and walking hand in hand with the people who have given us their support unconditionally”.

The presidential candidate, in addition, reiterated the invitation to all those interested in launching into the political arena, to register their candidacies for senators, deputies, mayor mayors, and municipal directors in the PNVC, committing himself to ensure that they are all “worthy and delivered to the reconstruction of the country ”.

“Let us fight with more faith than ever, with unwavering determination, without sparing any effort, always within the precepts of the nation, oriented towards the rescue of our sovereignty and the reconstruction of our Dominican Republic, seized from our faith in God, and from today, shields of the red, white and blue of the country and of our PNVC, the party of all ”, he emphasized.

Ramfis Trujillo, born in the United States, has repeatedly assured that he meets the requirements established by the Constitution to run for President.

The Constitution obliges candidates with dual citizenship to renounce their other passport ten years before the presidential elections.

I am just finishing reading an excellent book about the dictator Trujillo, the people around him and his downfall. It's called The Feast of the Goat by Mario Vargas Llosa. I suppose the sins of the grandfather and his offspring shouldn't be visited on the next generation, but from what I have read in the book, the idea of another Trujillo as President sounds alarming.
N

The only problem is that the very author (Peruvian) of "The Feast of the Goat" says that his book is a fiction, where he used the liberties available to any author writing of situations that didn't happen with various characters that didn't exist. When he says, in addition, that his book is not a history book, but rather a fictional novel, I guess he said it all. Very responsible from his part.

Angelita Trujillo, the daughter of Rafael (the dictator), said on multiple occasions that Vargas Llosa was lying in most of his book. I don't think he ever said the contrary. Unfortunately, there are many people that accept his novel as completely or mostly true.

Here it is from the horses mouth Mario Vagas Llosa.


Now, the guy in question running for president has always said that he was not alive during the dictatorship, born and bred in the USA, what he considers the most perfect democracy in the world. The first time he stepped on Dominican soil was in 2000 because the then president took away the prohibition that he had regarding ever visiting the DR.
Last edited: Sep 26, 2019
N

By the way, Trujillo the dictator is still buried in the El Pardo Cemetery outside of Madrid. Yep, the same place that this very week was decided by the Supreme Tribunal of Spain to move the remains of Franco, the dictator of that country. Who would had thought that one of Rafael's "compadres" would be so close to him even in death. LOL

Trujillo is in a tomb covered in black marble (hard to miss) while Franco will be in quite a tomb close to the main entrance.
C

I thought the Supreme Court ruled he could not run.

Was I mistaken, or has something chaged?
D

NALs said:
The only problem is that the very author (Peruvian) of "The Feast of the Goat" says that his book is a fiction, where he used the liberties available to any author writing of situations that didn't happen with various characters that didn't exist. When he says, in addition, that his book is not a history book, but rather a fictional novel, I guess he said it all. Very responsible from his part..
Click to expand...

Yes, I should have said that the book is a novel, based on fact. But if half of what is written is true, it's a chilling reminder of what happened under the Trujillo regime.
N

drstock said:
Yes, I should have said that the book is a novel, based on fact. But if half of what is written is true, it's a chilling reminder of what happened under the Trujillo regime.
Click to expand...

The author himself said that the book has more fiction than anything and it shouldn't be seen as a history book or based on anything in reality. If anything, it's a reminder of somethings and characters that never happened.
R

NALs you seem to be quite a Trujillista .... where's PICHARDO when we need him?
B

rubio_higuey said:
NALs you seem to be quite a Trujillista .... where's PICHARDO when we need him?
Click to expand...

Trujillo was evil enough without believing a book that the author says is mainly fiction.
N

Apparently, the El Pardo Cemetery outside Madrid can be virtually visited in Google Street View.

The new place where Spanish dictator Francisco Franco will be moved to. 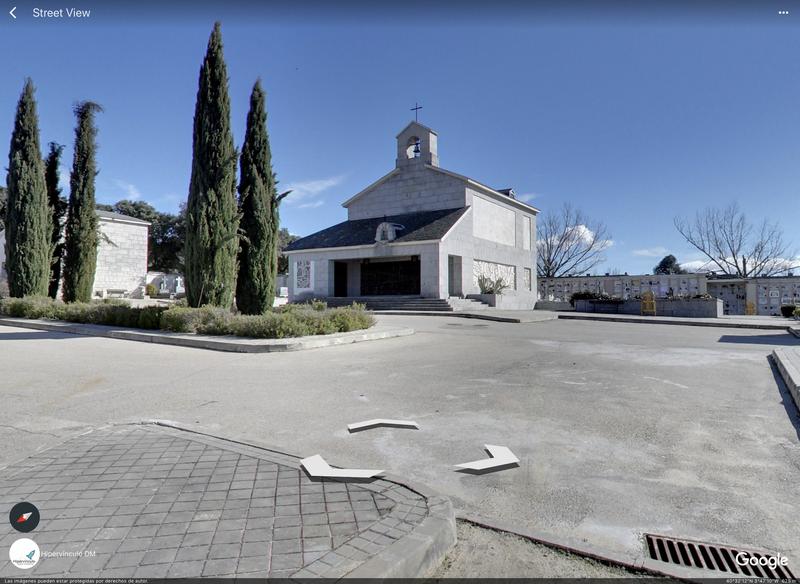 The tomb where Rafael Leónidas Trujillo's (a literally 'compadre' of Franco) remains are laid to rest. 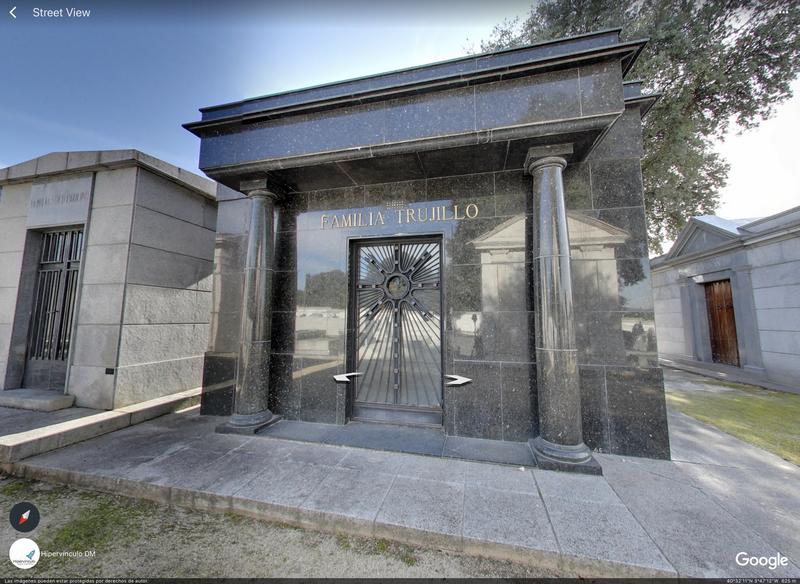 As a side note, despite that the village where the cemetery is named El Pardo and the cemetery most likely is named after the village, anyone that knows the Spanish language knows that 'pardo' is another name for mixed/mulatto.

The Polish Embassy in Madrid is as well in a mansion built by Trujillo himself, a little known fact.

There are also other little known facts, such as several people related and descendants of Trujillo are buried in renowned cemeteries of Santo Domingo, many descendants live in the DR (ranging from people that are retired to working for a major shoe store that is present everywhere in the DR to finance people, etc), landing/departing at Miami is clearly visible from the plane a nearby park dedicated to Juan Pablo Duarte and nearby a cemetery where one of Trujillo's descendants is buried, etc.
Last edited: Sep 28, 2019
You must log in or register to reply here.
Share:
Facebook Twitter Reddit Pinterest Tumblr WhatsApp Email Link
Top Bottom