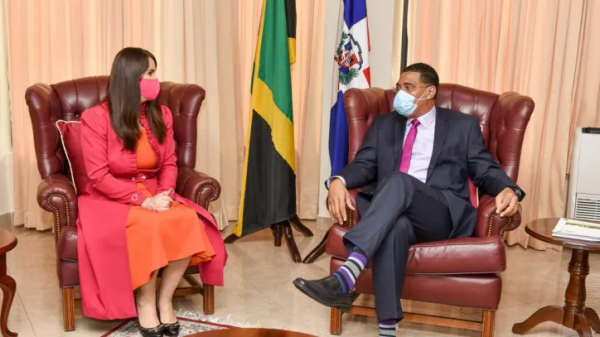 The Dominican Republic’s ambassador in Jamaica, Angie Martínez Tejera forecasts the strengthening of ties between both countries. At the meeting she explained the Dominican vision for a bilateral agenda with Haiti highlighted in the Joint Declaration President Abinader and his counterparts from Costa Rica and Panama signed on 20 October 2021 in Panama.

“We seek, within a framework of respect for dignity and human rights, to address the issue of the crisis and political instability in Haiti, not only as a matter of solidarity with this neighboring country, but also because this crisis can lead to insecurity in the region,” she highlighted.

After meeting with Prime Minister Andrew Holness, she tweeted: “A new and better era is about to be born between the Dominican Republic and Jamaica.”.“I am keen to see the blossoming of the...
Click to expand...