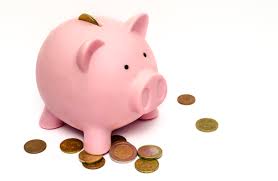 A report from the Association of Commercial Banks (ABA) says that deposits are up RD$180 billion this year compared to January-October 2019. Last year, deposits for this time of the year were RD$98.3 billion.

The ABA reports that the total deposits of multiple banks as of October 2020 had reached RD$1.49 billion, according to data from the Superintendence of Banks of the Dominican Republic.

“These figures show us that, despite the economic challenges brought about by the pandemic, people continue to recognize the value of savings,” the ABA said in a note sent to the media.

The growth in deposits is mainly due to savings deposits and time deposits, which show increases of R$139.8 billion and RD$31.7 billion, respectively.

ABA says the resources are lent to other bank customers, stimulating the economy.

The savings also are had because Dominicans are shopping, eating less out and...
Click to expand...

Every cloud has a silver lining.