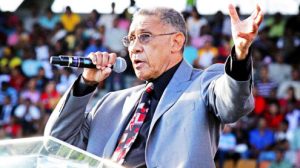 When the issue was supposedly closed after the changes in the Penal Code that would reduce from 10 to 20 years to one-year marital rape were discarded, evangelical church pastor Ezequiel Molina added to the debate on marital rape. Molina tweeted it was all about “destroying the family.”

“Rape of what? Suppose after a displeasure, the husband embraces his wife from behind and she accuses him. In that case, the penalty will be from 10 to 20 years according to the code that the angry leftists who are dissatisfied with the fact that abortion was not approved want,” the pastor complained in his Twitter account.

In the Penal Code debates in the Chamber of Deputies, Molina had been one of the strongest advocates against including the three exceptions when an abortion be allowed – incest, rape and medical emergencies.