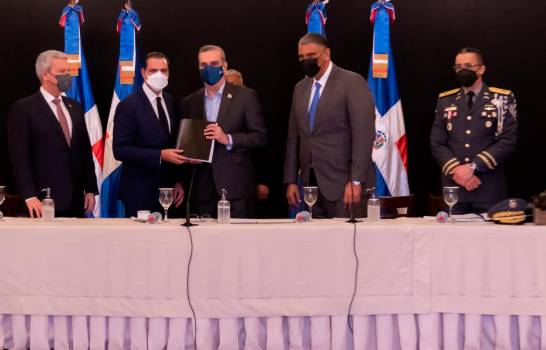 President Luis Abinader reported on the advances of the Police Reform and Security Work Task Group. He spoke to report on the work the public-private committee has carried out in its first 100 days. “We will soon be able to establish a clear and fair strategy in this area,” he promised.

Meanwhile, the President announced the promotion and retiring of five Police generals. Included in the group is today Retired Major General José A. Acosta Castellanos, who had been accused of sex with a minor who was part of the youth community police service. Others sent to retirement are Ramón Alcántara, Ramón E. Ciriaco Núñez, Víctor Ant. Campusano Jiménez and Alejandro Dipré Sierra.

The United Nations Office on Drugs and Crime is advising the task force.