Felix Sanchez Invitational 2021 is a qualifier for Tokyo Olympics 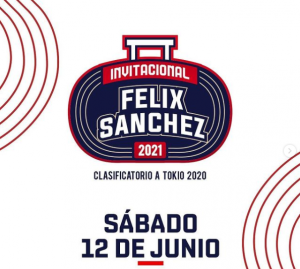 The DR will host the Felix Sanchez Invitational on 12 June. The athletics event is a qualifier for the Tokyo Olympic Games. Competing in the event will be brothers Luguelin Santos (former silver medallist in the London 2012 Olympic Games) and his brother Juander Santos. Also Milagros Duran, Yancarlos Martinez, Alexander Ogando and Lidio Feliz. There will be competitions in 100, 200, 400 meters, 400 hurdles, and relays of 4×100 and 4×400 mixed relay, high jump and triple jump.

Felix Sanchez won gold for the DR in the 2004 and 2012 Olympic Games in 400 hurdles. The Felix Sanchez Invitational has been held in the DR since 2005, but this is the first year the event is an Olympic Qualifier.