The SUV in which filmmaker and documentarian Fernando Baez was travelling hit a cow on Autopista Duarte at km85, and into the Yuma River. He died in the accident but his driver survived. He was traveling from his Jarabacoa to Santo Domingo home.

He leaves behind a wife and several beautiful adult children who are following in his footsteps.

Fernando was a good friend and collaborator/coproducer of a large documentary we are producing along with his nephew, Tuto Guerrero. I had lunch with Fernando & Tuto just two days ago.

This is so sad. No one loved the Dominican Republic like Fernando did. He achieved what many said could not be done. I don't say this ofetn, but Fernando was a great, moral man, husband and father who inspired many to take care of the country and always do the right thing. He loved his lord.

What a sad day. I lost a friend. The film Dominican community lost an iconic figure and is in shocked mourning. To say he will be missed is a gross understatement. 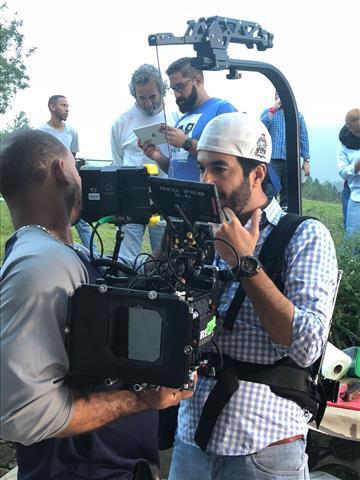 Fernando (white t) and Tuto (blue t) collaborating over a shoot on an iPad Saturday. This may be is the last known picture of Fernando. That's his son, Frankie, behind the camera in the checkered shirt.

How sad....the D.R. has lost a great human being. Condolences to the family
F