My son just told me that Fernando Tatis Jr was suspended 80 games for PED. When will they learn...Said he had ring worm and took "Clostebol" a banned substance for the MLB.
G

This season into next yep
S

Nice to see a creative "ring worm" defense. Don't remember that one being used before.

Enrique Rojas from ESPN Deportes did a report on this and said the majority of suspensions for PED in baseball were Dominican players.

keepcoming said:
Enrique Rojas from ESPN Deportes did a report on this and said the majority of suspensions for PED in baseball were Dominican players.
Click to expand...

Did he give a reason?

Not really. It was more of how disappointed the Dominican community is. The excitement everyone had when Juan Soto joined the team and now this. One can speculate as it being due to a lack of maturity/intelligence or the "it won't happen to me; I won't get caught" thought process. It is surprising though.
Reactions: NanSanPedro

While we're on the topic of baseball, I just have to share this. It shows that the "No crying in baseball" rule can be broken. The Rockies have 5 Dominicans on the their roster. 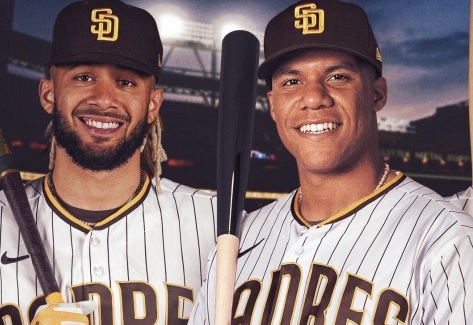 
SAN DIEGO.- The San Diego Padres have canceled the delivery of dolls with the image of Fernando Tatis Jr. and will instead give away Juan Soto jerseys to fans.

The decision came Tuesday, four days after Tatis was suspended 80 games after testing positive for a performance-enhancing drug.

The 23-year-old star shortstop, considered one of the brightest youngsters in the majors, was about to return to the Padres after missing the season early with a broken wrist.

The delivery of the bobbleheads with the image of Tatis was scheduled for September 7, when it was expected that the Dominican had already returned with the team.

Instead, the Padres will hand out City Connect jerseys, featuring Soto's last name and number 22, to fans before the game against the Arizona Diamondbacks. The club announced the change in decision on Tuesday.

Soto, also a 23-year-old Dominican, is one of the best-known young faces in the Major Leagues. The Padres acquired him from the Washington Nationals, through one of the main trades agreed on this campaign.

The City Connect jerseys, which the Padres wear at home on Friday nights, feature vibrant colors that seek to celebrate the binational culture of San Diego and Tijuana.

Major League Baseball's office revealed that Tatis had tested positive for clostebol, an anabolic steroid. The Quisqueyan assured that he had taken a medicine to combat ringworm, and that this drug contained the prohibited substance.

Several teammates have criticized Tatis after Friday's announcement, including pitcher Mike Clevinger, who said he was "disappointed" and hoped the shortstop realized "there are things more important than himself now." 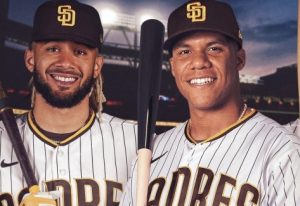 When I lived in San Pedro we went and saw him play and be managed by his dad. Loved the experience. I was more interested in his dad than him, as his dad is the only one to hit 2 grannies in 1 inning for the Cardinals! If I had not been with others, I would have stuck around to meet papa.
Reactions: keepcoming

Tatis Sr was on one of the sports shows (he has been on a few in the past couple of days) and is very upset at how the situation unfairly played out with his son. On the other hand, Pedro Martinez thinks that Tatis should have known better than to use the medication.

keepcoming said:
Tatis Sr was on one of the sports shows (he has been on a few in the past couple of days) and is very upset at how the situation unfairly played out with his son. On the other hand, Pedro Martinez thinks that Tatis should have known better than to use the medication.
Click to expand...

Dad is speaking up for his kid. Junior should have known better, especially with dad a former major leaguer.