Four who kidnapped policeman are sent to await trial in jail 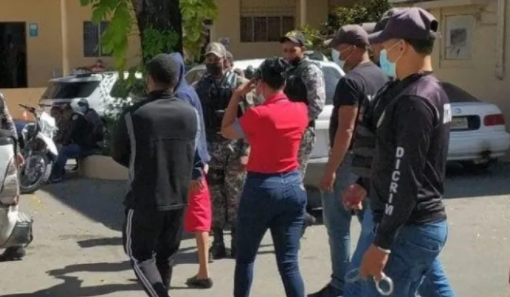 Police agent Cherilyn Suero Medina, daughter of the suspended head of Police Internal Affairs in Barahona, and her husband Jonathan Andres Perez were sent to preventive custody for a year. Others the Barahona judge sent to await the trial in jail are police agent Wellington Ferreras and civilian Jorge Luis Diaz. They are sent to serve preventive custody at the Barahona jail. Suero Medina will wait trial in the Baní Mujeres Correction and Rehabilitation Jail.

The four are accused of kidnapping National Police corporal Esteban Armando Feliz Batista, alias Chatica. Feliz Batista’s kidnappers had demanded two million pesos; however, a cousin of alias Chatica only paid RD$1,745,000. The situation came to the open when Feliz Batista said it all.

The kidnapping of Chatica took place on...
Click to expand...