Good news for foreign retirees in DR: You are entitled to be vaccinated here

william webster said:
Still swamped this AM.....
So I went to the country Loma Alta

Easy peasy......
Get out of town to avoid the lines
Click to expand...

Where is Loma Alta? I can't find it on Google Maps. I'm thinking it might be easier to drive there from Cabarete rather than go to Sosua or Puerto Plata. Thanks.
W

About 1hr from Cabarete
Reactions: drstock
B

malko said:
I might go for a hike down to Guananico and see what the deal is.

I am in the last of last tiers, and I still haven't made my mind up on whether I want to get vaccinated or not, but I guess it can't hurt to go for information.
Click to expand...

Highlights.... bbc
China's coronavirus vaccines On paper, one of Sinovac's main advantages is that it can be stored in a standard refrigerator at 2-8 degrees Celsius, like the Oxford vaccine, which is made from a genetically engineered virus that causes the common cold in chimpanzees.

Moderna's vaccine needs to be stored at -20C and Pfizer's vaccine at -70C.

It means that both Sinovac and the Oxford-AstraZeneca vaccine are a lot more useful to developing countries which might not be able to store large amounts of vaccine at such low temperatures. bbc.

Sinopharm announced on 30 December that phase three trials of the vaccine showed that it was 79% effective - lower than that of Pfizer and Moderna.

However, the United Arab Emirates, which approved a Sinopharm vaccine earlier this month, said the vaccine was 86% effective, according to interim results of its phase three trial.
Analysts point to China's bid to win the vaccine diplomacy race, which has also reportedly seen China's President Xi Jinping pledge to set aside $2bn for the African continent, while also offering Latin American and Caribbean countries a $1bn loan to buy vaccines. It's unclear what the terms of such a deal might be.
It's not clear how much it might cost, but earlier this year, a BBC team in the Chinese city of Yiwu saw that nurses were administering the injections for a fee of around 400 yuan ($60; £45).Bio Farma, a state-owned firm in Indonesia said it would cost around 200,000 rupiah ($13.60; £10) locally.

That is still far higher than the Oxford vaccine, which costs $4 a dose, but lower than Moderna's at $33 per dose.
R

william webster said:
Russell.....
can you point the way to the appointment app?
Click to expand...

I was just called by friend and told to be there...cahos at best ... walked awAy after almost three hours of confusion.
R

Is there a list of .edications that if taken would not qualify for the vaccine. I heard scuttlebutt about that today.
W

Ask your doctor Russell if you're a candidate
U

If you are American , you can go to Puerto Rico and get the Johnson and johnson Jab... they have it now, and for any of you who are like me and had allergic reactions...the J+J is your only option... and you only need one jab...I am going after the first rush settles down.........
Reactions: Yourmaninvegas
W

Russell said:
Is there a list of .edications that if taken would not qualify for the vaccine. I heard scuttlebutt about that today.
Click to expand...

When I had my first vaccination (in the US), the one thing that was specifically mentioned was prednisone/steroids.
W

Waiting longer than two weeks is discussed here between injections of Sinovac: Does it matter that China's Sinovac COVID vaccine is only 50% effective? - Alliance for Science

Researchers at Brazil’s Butantan Institute in Sao Paolo have announced that trials of the CoronaVac vaccine — made by the Chinese company Sinovac — show it is just over 50 percent effective overall, once very mild cases of the disease are taken into account, which is barely over the threshold...

2 days ago — The CoronaVac shot made by Sinovac Biotech Ltd. was 100% effective in preventing hospitalization, according to the Phase 3 trials by the ...
Reactions: beachcomber
J

Another Stella reference. Turkey. I'm wondering when Iraq will chime in.
W

Once vaccinated what proof to you have that you got it? This will become important once flying is up again to avoid any quarantine and to be allowed onboard.
W

You get a vaccination certificate......like baby's get.... or your dog/cat
Date and vaccine type documented.

Currently, JetBlue told me that they still require a Neg test to board
Rules haven't changed yet - they said
Reactions: beachcomber and Seamonkey
S

william webster said:
You get a vaccination certificate......like baby's get.... or your dog/cat
Date and vaccine type documented.

Currently, JetBlue told me that they still require a Neg test to board
Rules haven't changed yet - they said
Click to expand...

They give you the certificate at the time of the vaccination or a later date?

Seamonkey said:
They give you the certificate at the time of the vaccination or a later date?
Click to expand... 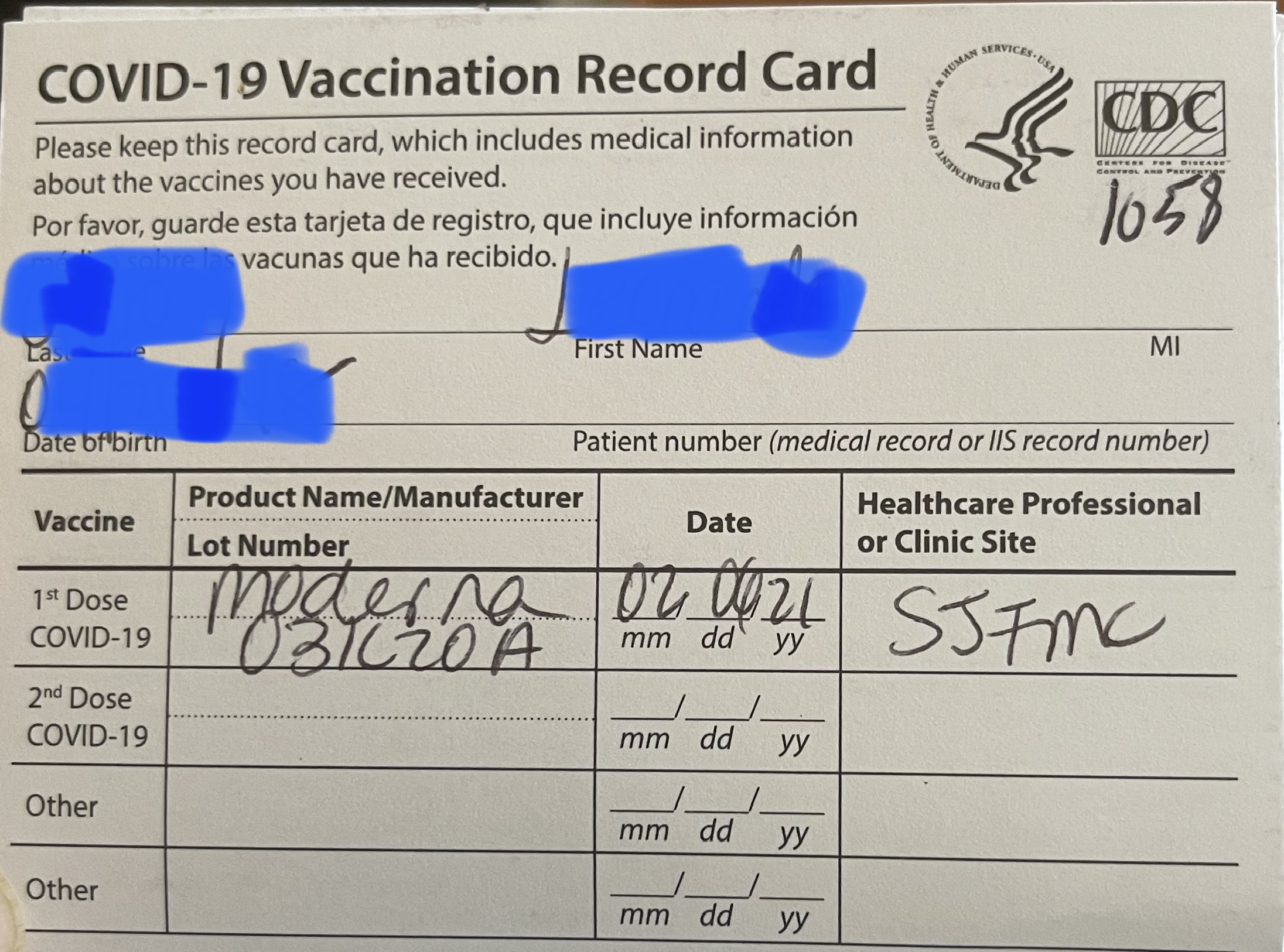 vaccine you received and the lot number.
S

That's great and thank you for your help. I will pass this info on to others.
S

This is not the one I got here. Similar, but no CDC, that is US. Also my card has the date of the 2nd dose on it.
Reactions: beachcomber
W

Seamonkey said:
They give you the certificate at the time of the vaccination or a later date?
Click to expand...