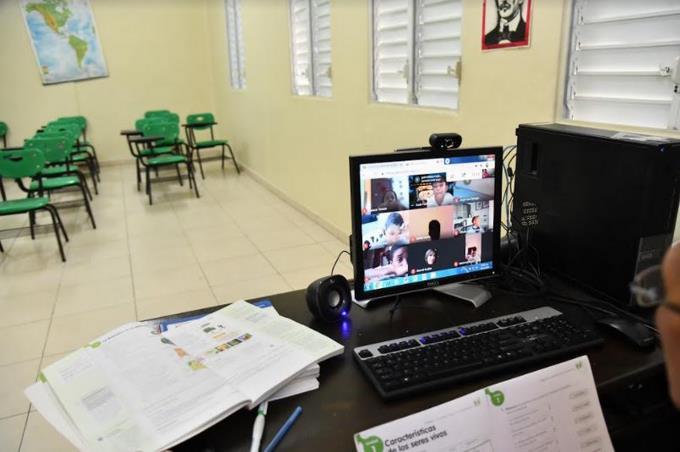 Yasmel Corporán
Santo Domingo, RD
Víctor Villanueva, director of the Association of Private Educational Institutions (Ainep), referred to the bill approved Tuesday by the Chamber of Deputies, which proposes that students from private colleges and universities do not have to pay the re-registration .
The director assured that "Congress is violating the constitutional rights of free enterprise," claiming that every private institution has the power to establish the economic regime of its activities. He also clarified that, in the case of private schools, all their processes are regulated by the Ministry of Education.
"It is a reckless (draft) law because it establishes a sanctioning regime for internal dynamics, not only regulates re-registration but also tries to control monthly fees," he declared.
Villanueva maintained that he does not believe that the project proceeds because "in itself other constitutional principles are being violated." At the same time, he recommended to the congressmen not to succumb to "waves" and to study the project as objectively as possible.
In the coming days, both Ainep and other institutions that represent private universities and colleges in the country will set their position on the situation.
Position of private schools
Ana Milka García and Marilis Dotel, directors of Colegio Santa Bárbara, expressed the opinion that "as a law, there is nothing left to do but comply." Despite being in a position to obey what the authorities determine, they recognized that it would be a severe blow to their budget to eliminate the re-enrollment payment, since as they explained, they can pay for expenses such as salary 13, infrastructure payments and lower salaries thanks to she.
On her side, Inés de la Cruz, director of the LEGS Educational Community College, said the following: "We have nothing against it being eliminated, however the schools are private institutions and therefore are governed by a budget." He assured the enactment of the law before the Executive Branch will have to undergo an internal budget readjustment.
Both private educational centers warned that carrying out this readjustment would be a difficult task because they have not yet been able to recover from the economic ravages caused by the pandemic.
About the bill
The upper house of the National Congress approved last Tuesday in the second and last reading the bill that eliminates the payment of the re-enrollment of private schools during the 2021-2022 school period in order to mitigate the economic crisis caused by the COVID pandemic. -19.
The bill further establishes that schools must maintain the same monthly or annual fees for the 2021-2022 school year. The bill now goes to the Senate and, if approved, the Executive Branch will have the opportunity to observe or enact it.
You must log in or register to reply here.
Share:
Facebook Twitter Reddit Pinterest Tumblr WhatsApp Email Share Link
Top Bottom