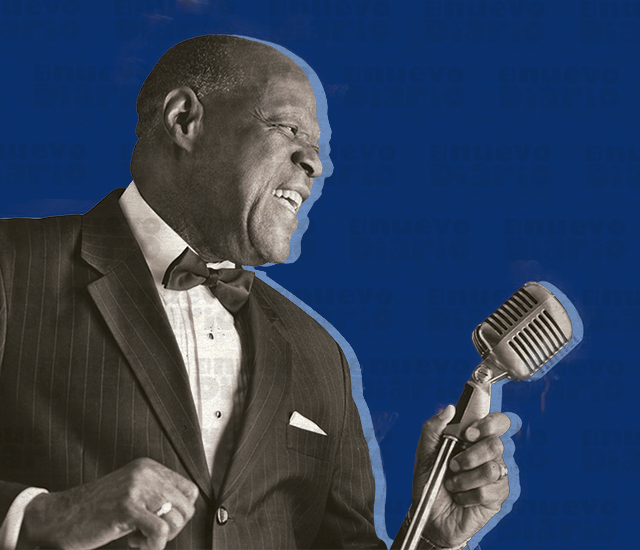 Merengue star Johnny Ventura died a few minutes ago at Unión Médica del Norte in Santiago. He had a stroke that killed him. 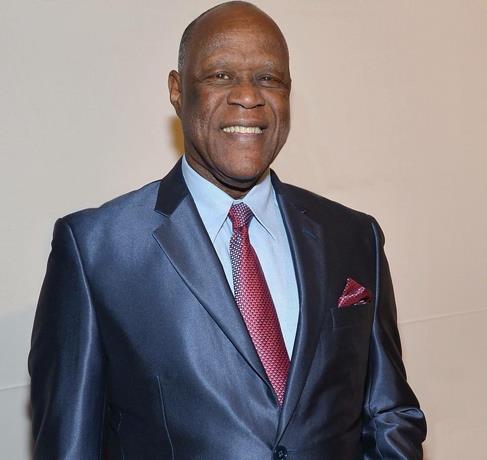 We've lost a couple of good one's this year.
RIP.

His son, Jandy Ventura, told the Dominican press that his father died in a hospital after having a heart attack.

Adriano Espaillat earlier today at the US Congress in Washington DC.

Johnny Venture was taken to the National Congress where he was given postmortem honors.

On the way to the National Congress. The entire ride included his music.

At the National Congress.


Tomorrow is the public viewing. Initially it was said it will take place at Palacio de los Deportes, but there are rumors of the Olimpic Stadium. Both are at the Centro Olímpico Juan Pablo Duarte. Then will be taken for a last ride around Villa Juana, the neighborhood where he used to live in SD before hitting it big. Then taken to the family's tomb in Cristo Redentor Cemetery.

Born in Santo Domingo in 1940 and started his study at the Batey Madre de Dios, continued his studies in La Vega. Once as an older adult graduated of Universidad de la Tercera Edad as a Lawyer. Became famius as a singer of Merengue and considered as one of the best in the genre. Was a close friend of José Francisco Peña Gómez. Died a few days ago and now received honors from the National Congress.
Last edited: Jul 30, 2021

This is the only song he made not in Spanish in 1964. It's named Jacmel, the main town facing the southern coast of Haiti.

By the way, someone already asked me if Johnny was of Haitian descent and the answer is no. He was the son of a soldier in the military as as a child lived in several places spanning Santo Domingo and Monte Cristi. This also included one time living in a batey because his father was stationed there for a time. As expected, he became friends with some Haitians there and later in life with other people of Haitian descent. He also had an admiration of sort with Haiti and that give rise to creating the song in the previous post and in a language he never knew. Literally, simply reading the lyrics from a paper. He also made some presentations in Port-au-Prince as a Merengue singer, but that was part of his global visits. For example, he did one in Jamaica too and in several countries in Latin America, plus the USA and Spain.

His real first name is not Johnny, but rather Juan or Juan de Dios. He adopted his childhood neighborhood nickname after the expedition in Maimon since one of the pilots was named Juan de Dios Simó. To avoid any confusion, a friend asked him to be something else and he picked that one because it was already used as a nickname and to him it sounded close to Juan. At that time Trujillo was in charge and the invasion was a communist (failed) attempt to end his rule. All those involved were hunted by the Trujillo army and killed, some burned to death.
Reactions: NanSanPedro

I was a neighbor of his in Cuesta Brava for many years. He would have parties at his house and we were invited on a few occasions but never went.

Ricardo Montaner wants to dedicate to Johnny Ventura the concert that has been planned for today. He is one of the top Latin singers in the world, born in Argentina but has been living in the DR for many years. His family is working in establishing a school for poor students in Samana.

He mentions his intentions regarding dedicating the concert to Johnny Ventura in this part of an interview the Puerto Rican Adamaris López did in his house.

By the way, Ricardo Montaner has a house near Samaná and last year became a Dominican citizen. This past week he made the following video in his backyard and post it in his Instagram account. He also speaks ofthe beauty of Samaná.

Yesterday at the funeral of Johnny Ventura at the Palacio de los Deportes, open to the public. The woman at 7:06 was the most expressive. She says that he is her favorite artist, hence her reaction once she saw him in the coffin.


Passing through his old neighborhood of Villa Juana on the way to the cemetery. His music in the background.


On autopista Duarte on the way to the cemetery.


Arriving at the cemetery with his music in the background.

The Dominican merengue has two godfathers​ 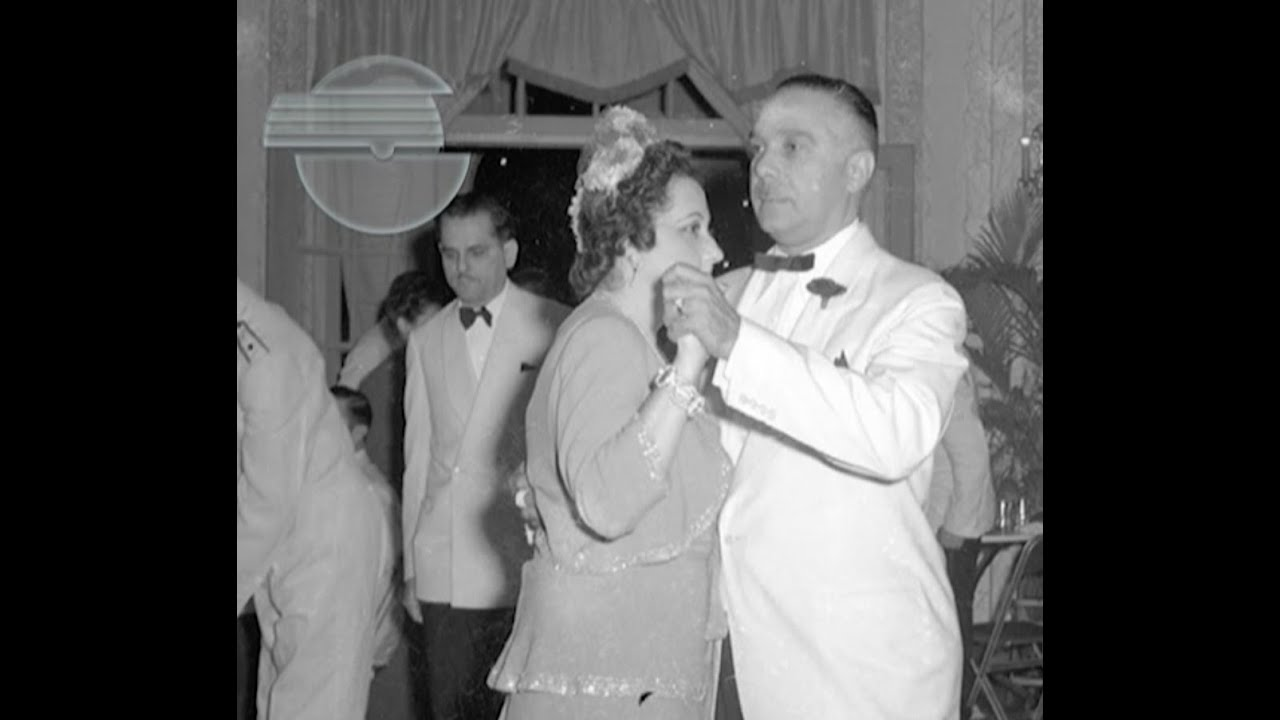 Already the "Horse" rests placidly in his private pasture. His trot - always at full gallop - has stopped forever. Unfortunately, Juan De Dios Ventura Soriano, the man, has died; but, "The Legend" was born.

And we must speak of it in the future and forever and ever. The few or many unscrupulous and bad Dominicans who do not understand this reality will continue to speak of "the person" but, no one will listen to them.

For reasons of common sense and due to my limitations as a narrator, I am not trying to make an apology for what Johnny Ventura means for the Dominican merengue, which, after all, is the merengue of the world. Therefore, I will only try to remove from the trunk of memories, some concerns of the popular imagination that, for one reason or another, have not been treated with the sobriety that history demands.
Rafael Leónidas Trujillo y Molina, the Chief and also the indolent Satrap who ruled the country for more than a century 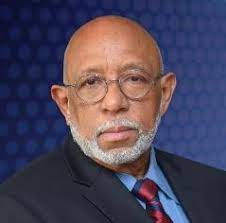 THE AUTHOR is a communicator. He resides in New York.

(from 1930 to date and God knows how long) he embraced the idea of imposing a national rhythm and a dance that could leave the rural scene and proudly stroll through the halls of the world. Perhaps his main motivation, his intimate and particular inspiring muse, was the resentment he felt towards a society that looked down on and underestimated him in its early days.
In any case, Perínclito made the commitment - probably spurred on by some of the "brilliant minds" of that time - to develop the rhythm that, before the end of that second millennium of Christianity, managed to invade the dance halls of the planet. And well he did, well, the best composers of musical notes were grouped in the great orchestras that his government promoted and even protected.
At the same time and without the spirit of competition -something that could be very dangerous if the Father of the Nation understood it- a legion of virtuous musicians, independently and with great mastery, some of them, joined the imposed process and carried the always illustrious "Perico Ripiao" to the recently paved streets of all the towns and communes of Quisqueya.
The truth is that Trujillo used the promotion of merengue to prop up the terror regime that he imposed while he lived. He supported both the large orchestras and several of the small ensembles that toured the country praising the illustrious son of Mama Julia. He revealed himself as a fine merengue dancer, to show his understanding with the national rhythm. The nation had two references competing for the hearts of the Dominicans: Trujillo and merengue. 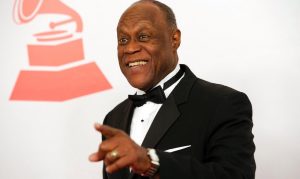 This is how I noticed, humble cocolo from Los Llanos, San Pedro de Macorís, but, already living in the Capital, the transformation of the sound of the merengue, executed by those two work groups that El Tirano sponsored: the great orchestras and the hundreds of popular groups that organized themselves into trios and quartets to bring out the soul of the submissive indigenous-Negroid güira, the glorious African tambora, the novel and majestic European accordion, and the Creole marimba de cajón. It should be clarified that this last instrument, the "cajón or criolla marimba", is a mutant of the old African "samsha" that was replaced by the "double bass" and has almost disappeared.
With this scenario we received the Peace Fair, one of the causes of the fall of Trujillo, due to the consequences of hardship that it brought. The celebration of those 25 years of the Era, literally "broke" the country, although, we continue dancing merengue in the Tipico Najayo, later called Quisqueyano and in the Tipico C or in any corner where a merengón sounded. The "glorious" orchestras of the Chief survived May 30 and it can be said that they continued to entertain the social gatherings of a middle and upper middle class that could afford them; and the small popular groups as well.

The exquisite sound that Chapita demanded was maintained even after his final trip to Spain; what did change was the lyrics. The Dictator was no longer exalted as before, nor the large orchestras of which he was his patron, nor the varied and sometimes humble small groups that swarmed, praising the illustrious Man. I am still corroded by the doubt as to whether it was because of hypocrisy, sincerity or survival that this 180-degree change of direction was registered in the feelings of the Creole vates, once the Father of the New Nation had disappeared.
And this is where the second godfather of merengue appears: Johnny Ventura, the El Caballo Mayor. It would be around 1963 or 1964 when he performed with his own musical group at the narrow restaurant El Árbol, in the old Braulio Álvarez almost on the corner of Santa Cruz. Then we followed him at El Moderno on Avenida Duarte and onward, wherever his catchy rhythm played.

The Johnny thing was simple: about eight or ten musicians, new instruments, overwhelming mobility at the front, almost all of them dancing a more agile and attractive merengue than before, songs carefully selected to air social struggles and the collaboration of a talented team of composers of syllables that gave poetic meaning to the musical concerns of the brunette who "throws honey through the pores."
From then on, everything is history. His more than one hundred albums, his lawsuits with Mrs. Zaida, his 1003 presentations around the world, the social content of his hits and, above all, his indissoluble connection with the soul of the Dominicans. Not even the very hateful and ungrateful politician could separate Johnny Ventura from the taste, affection and respect of the people for his "tumbao"

Today man has died, but today also, the legend is born!

We live, we will keep shooting!
JPM


ALMOMENTO.NET publishes opinion articles without making editorial corrections. It reserves the right to reject those that are badly written, with syntax errors or spelling mistakes.