Las Galeras and Samana getting some improvements. $500 million pesos 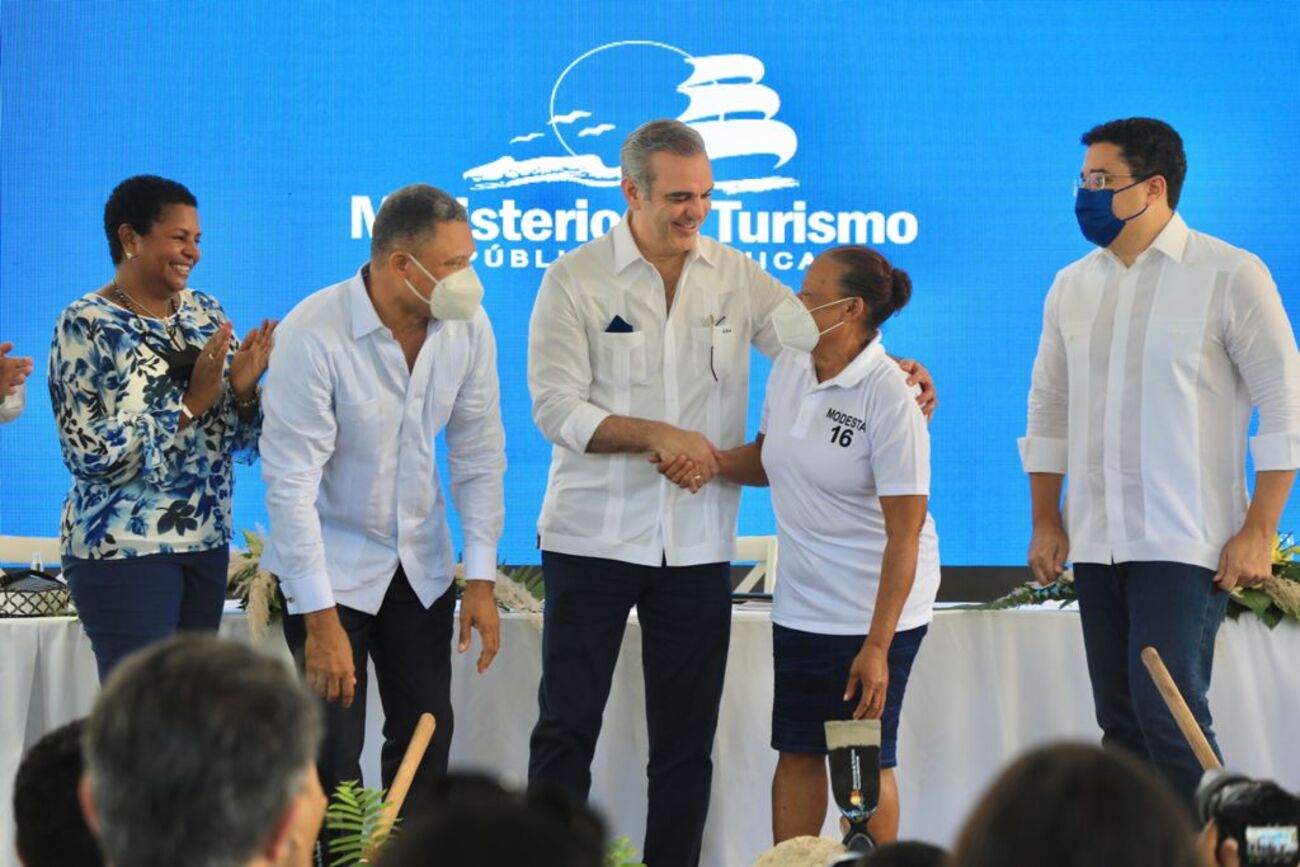 Las Galeras, Samaná. - President Luis Abinader, in response to old claims of this community, gave the first pie for the reconstruction of the Plaza de Venidores, the rehabilitation of pedestrian access to Las Galeras beach and the improvement of the storm drainage system in the area .

For the execution of these works, 176 million pesos were allocated, information that was released in the act led by the president, in which the Minister of Tourism, David Collado, accompanied him.

The governor stressed that the development of Las Galeras will be done in an inclusive manner, and described this beach as an important source of prosperity for the entire province and the region.

"With an extraordinary potential that promises to continue energizing the economy, attracting tourism and, above all, the main objective of this government, to create jobs for the people," he added.

"It makes no sense to build infrastructure in tourist destinations, if we put the community aside and keep them marginalized," he said.

Abinader assured that this project will impact the workspaces of all vendors and their families who for years have been looking for their livelihood by offering tourists their best smile, their best work and especially their delicious gastronomic offer.

After qualifying this province as an incomparable tourist destination, the president announced the construction of the Santa Bárbara de Samaná boardwalk with an investment of 500 million pesos, as well as the asphalt from Santa Bárbara to Las Galeras.

He also added that in the next 15 days the construction of a fishermen's wharf in Sánchez and a fishermen's square and restaurants will begin by the city council. On its side, the Ministry of Tourism will restore a group of Victorian houses. Likewise, in public-private partnerships, cruise ship tourist docks will be developed in Arroyo Barril and Samaná.

The Minister of Tourism, David Collado, assured that with this project the transformation of Samaná continues, sprucing up its beaches and always thinking of an environmentally friendly tourism, where vehicles stop entering the beaches, with free internet and security cameras .

The reconstruction and rehabilitation of the beach, road section and storm drainage of Las Galeras will restore its splendor, diversifying the tourist offer of the northeast region for the enjoyment of national and foreign visitors.

The work started includes the remodeling of the commercial booths for aquatic and gastronomic activities and the reinforcement of security in the area. In addition, these improvements mean a direct benefit on the economy of the inhabitants.

The strategic guidelines of the project include four components, which are: environmental and landscape management; social and entrepreneurship; infrastructure and equipment and tourism development and territorial programming.

In the beach area, 25 modules will be enabled: 16 restaurants, two craft modules, offices, among others.

Of the 176 million to be invested in the area, 50 million will be for the beach area, 66 million in the road section and another 60 million for rainwater drainage. The works will be executed through the Tourist Area Infrastructure Executing Committee (CEIZTUR) of the Ministry of Tourism.

The mayor of Las Galeras, Cecilio García, added that there is mountain tourism, ecological tourism, sun and beach.

"Las Galeras has everything to develop as Galicians really want," he said.

Likewise, the representative of the Association of Vendors of the Galeras and Surrounding Areas (ASOVEGAZ), Anny Matías and the president of the Samaná Tourism Cluster, Jesús Durán, expressed feeling immensely grateful that it was a dream that has been presented in several efforts and it had never been heard.

"Never had a president come to Las Galeras to worry about anything and you have," he added.