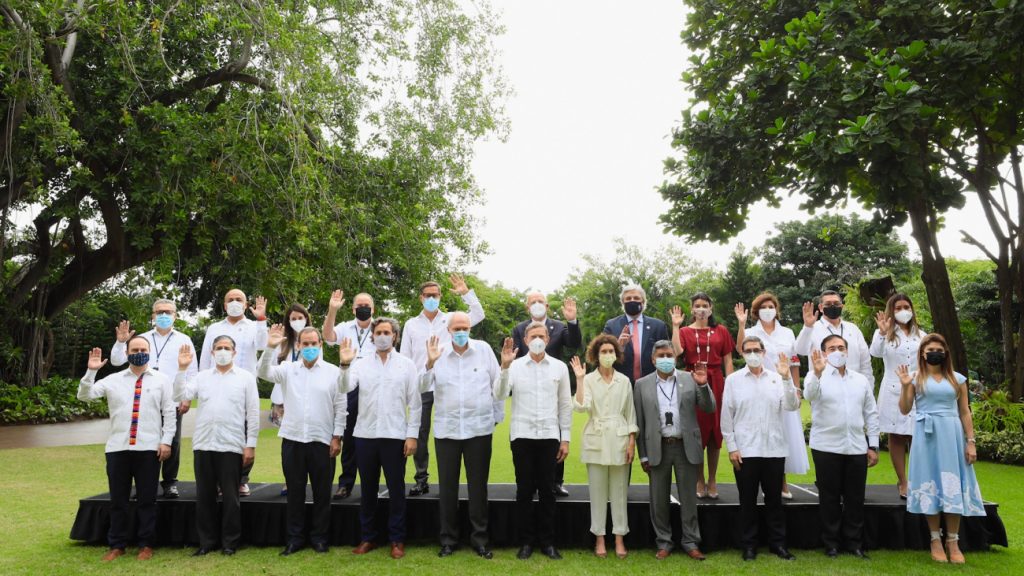 Speaking for the foreign ministers meeting for the First Meeting of Iberoamerican Foreign Relations Ministers in Santo Domingo, Chilean Foreign Minister Andres Allamand, told the press that the ministers would work together to contribute to solutions to the current crisis in Haiti. Allamand was elected secretary-general of the new dialogue group.

Dominican Foreign Minister Roberto Alvarez was the host for the event held at the Hotel El Embajador in Santo Domingo.

The representatives of 22 Latin American countries, Spain and Portugal agreed in an unanimous vote to seek a workable solution to the issues in Haiti. The ministers also called for more multilateral relations to reach agreements and consensus on new ideas to help recover from the economic downturn associated with the Covid-19 virus pandemic.

In the Declaration, they agreed to work together on key...
Click to expand...

There is no solution. There will be much talk with no significant improvements.
Reactions: Grampa

windeguy said:
There is no solution. There will be much talk with no significant improvements.
Click to expand...

There are always solutions. Some are more palatable then others.

I wonder if anyone from Haiti was there?
Reactions: Auryn and Grampa

JD Jones said:
I wonder if anyone from Haiti was there?
Click to expand...

And who and with what authority?
W

Grampa said:
There are always solutions. Some are more palatable then others.
Click to expand...

Some things that are broken cannot be fixed. Haiti is on of those things.

There will be no "solution" for Haiti.
W

Grampa said:
And who and with what authority?
Click to expand...