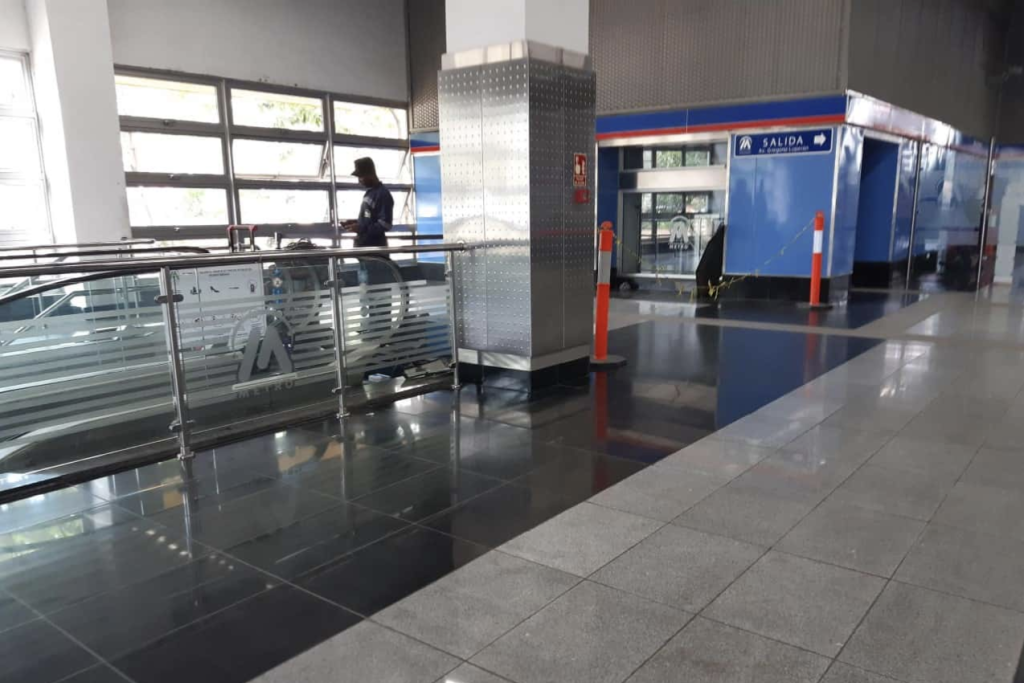 Although the Santo Domingo Metro Office (Opret) issued a statement that claims that more than 90% of the mass transit system’s elevators and escalators are working, reporters from Diario Libre found that this may not be accurate.

Diario Libre reported that technicians were working on this equipment at the Maria Montez Station, where none were working for the public. The case of the Maria Montez station is particularly bothersome, with patrons declaring that it has been over six months since the escalators stopped working and this is particularly hard on the elderly and those with mobility issues.

In fact, a survey taken by the newspaper noted that of the 212 escalators in the system, there were 11 out of service at mid-week. These were joined by 17 of the 104 elevators, also out of service.

Other stations with only partial service with this equipment were the...
Click to expand...

6 months out of service. Well at least we have pretty block letters for each town name!
Y

Good Morning at @El Hijo de Manolo
How are you feeling today?

Do you live in the

?
Because if you do and you actually used the metro...
And you had some real experience with the system
You might not think it was a joke.
The problems are real.

Having the metro completed and terminating at MegaCentro in EASTSIDE!!
That was a great development.
It allows many to get across the river without having to deal with the traffic congestion on the two bridges,.
I don't care one bit about what someone who does not even live in the Dominican Republic thinks about where I live here.

Now you may begin to insult me in order to get your day started off right.
Or you could put me on ignore an save yourself a great deal of frustration.
I hope you have a great one

Vegas and Hijo, cut out the sniping and bickering.
Reactions: Yourmaninvegas
W

As one who never thought that the metro would function well at all, I’m not at all surprised that things like escalators and elevators are not being maintained. But at least the trains themselves are running.And that is much better than I ever expected
Reactions: Yourmaninvegas

windeguy said:
As one who never thought that the metro would function well at all, I’m not at all surprised that things like escalators and elevators are not being maintained. But at least the trains themselves are running.And that is much better than I ever expected
Click to expand...

Nothing new. They were even issuing daily reports on the status of each station for a few months but I think that has stopped.

It would be great if some grass roots group could start that up again.
Reactions: Yourmaninvegas
Y

As an actual Metro user (bought my card when I first MOVED to EASTSIDE!!)
I have been pleased with the service it has provided.
Trains running are certainly a bonus.
But a system such as this requires serious routine maintenance and taking of the hours of use for future replacement of components.
I worry that a major accident is going to occur due to like of maintenance.
Visible things like escalators and elevators are a sign that someone is keeping all the plates spinning.
And this being the country of "medio culo" waiting until someone is broke to fix it is not going to cut it in the long run.

It would certainly be helpful to have a status update on the stations.
You would think they could put that into an app or website.
N

windeguy said:
As one who never thought that the metro would function well at all, I’m not at all surprised that things like escalators and elevators are not being maintained. But at least the trains themselves are running.And that is much better than I ever expected
Click to expand...

My son has been using the metro every day of the week for about a year now and the trains are running on time. The train cars are clean, in good condition and the A/C works. The stations where he gets on and off are usually clean and for the most part maintained. However the elevators and escalators are hit or miss. His most vociferous complaint is that the metro is packed full of people both the train cars and the stations. Oh, and he hates the religious zealots preaching in the train cars like it is a shouting match. From his usual feedback I guess the trains are working well for the most part.
Reactions: NanSanPedro, windeguy and JD Jones

I'm actually surprised some use the elevators. I was under the impression they were there for show. lol
N

I'm actually surprised some use the elevators. I was under the impression they were there for show. lol
Click to expand...

According to the above listed article 94.8% or 201 of 212 escalators and 83.7% or 87 of 104 elevators were operational when surveyed. Realistically speaking I don't know why this is a story. For the DR this seems to be a good record considering that the metro has been running for about 13 years and replacement parts need to be imported. Apparently replacement parts have been ordered from abroad and the waiting game has commenced. BTW most project here tend to go south rather quickly I'm pleasantly surprised the metro is still up and running for the most part unscathed.