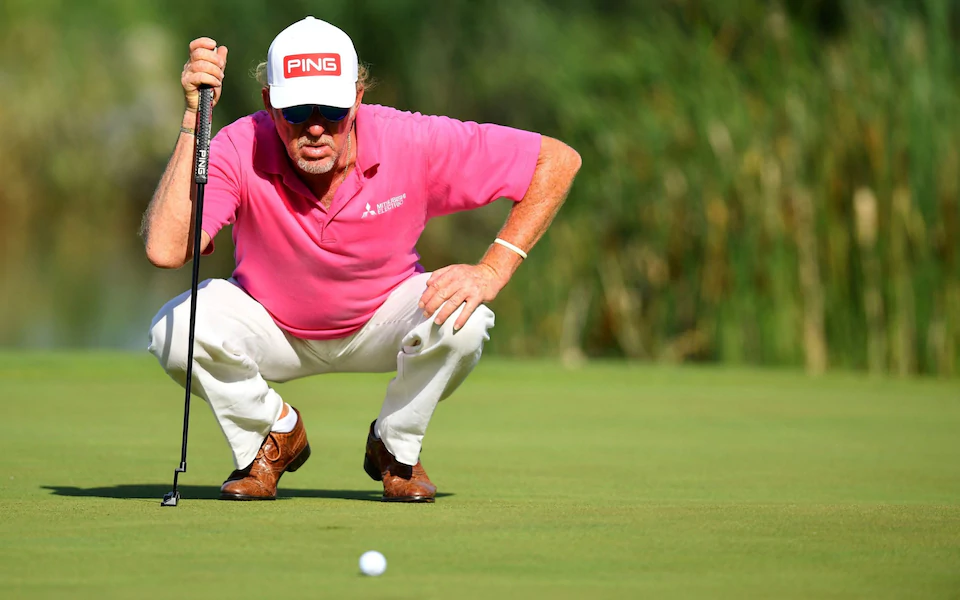 Miguel Angel Jimenez is not merely in position to break his own record at the Austrian Open this weekend - but to make further history by becoming the oldest winner on any major male tour.
The 56-year-old Spaniard already holds the mark on the European Tour, by triumphing at the Espana de Open in 2014 as a 50-year-old. If Jimenez can turn his halfway advantage into a 22nd Tour title then he will beat the great Kel Nagle’s record when winning on the PGA Tour of Australia as a 56-year-old.
Jimenez would be approximately six weeks older than the 1960 Open champion was at the Western Australia PGA Championship in 1977.
The pedantic may point out that this week’s €500,000 [£450,000] event in Vienna is “only’ a co-sanctioned tournament with the Challenge Tour. But that would be extremely churlish when considering the strength of field he is up against.
Jimenez - who is making his 705th career appearance and also owns the second and third place records as the oldest in the European charts - shot a second-round 65 at the Diamond Country Club to reach 11-under and take a two-stroke lead over a group in second including fellow Tour winners, Scotland’s Marc Warren, Holland’s Joost Luiten and Italian Renato Paratore.
Nowadays, Jimenez competes mainly on the senior circuits but he could simply not wait for the Champions Tour in America to resume. "It feels great,” Jimenez said. “Four months without competing, it’s nice getting back into a tournament and feeling the tension again. I’m hitting it well and making some putts, not too many bogeys – that’s the key. I enjoyed myself. My irons were working very well.
"I was excited to get back. I miss the competition. I can’t remember the last time I had four months holidays. Coming here from the Dominican Republic [where he lives] and getting started here, it’s a course I like very much."
Reactions: colmcb

He was playing every Tuesday at Punta Blanca a super nice guy .....
W

I have never heard him mentioned re the DR..... was news to me