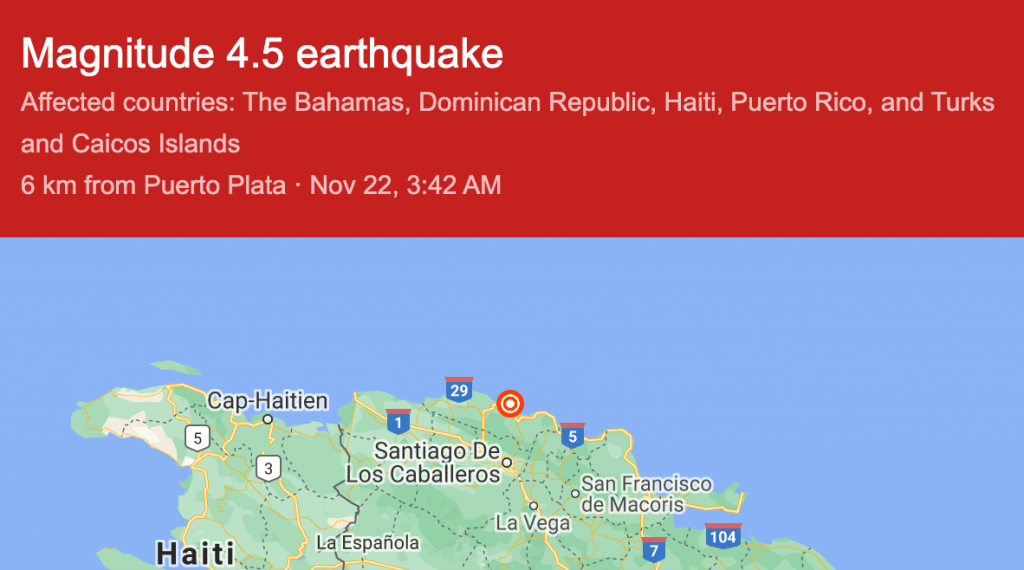 Thirteen Puerto Plata public schools that suffered damages following the 4.5 magnitude earthquake of Monday, 22 November 2021 at 3:42am. The center of the earthquake was 6 km from Puerto Plata.

The Ministry of Education said a team of four engineers and an architect inspected the cracks of the schools. The director of the Puerto Plata educational district confirmed some of the damages to the physical structures of educational centers were considerable.

Among those affected were Hermanas Mirabal school in Sosua, San Antonio María Claret and Virginia Elena Ortea in Puerto Plata city. In Imbert, the Roselia Hernández and Vuelta Larga schools.

There were also damages in Luperón to the Rolando Erickson school in the Ranchito de Los Vargas community and in Altamira, the La Escalera Arriba, Daniel Vargas and Río Grande Abajo schools suffered cracks.