More on wasteful spending at Fonper 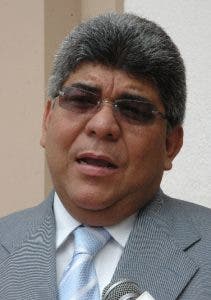 The president of the Patrimonial Fund of the Capitalized State Companies (Fonper), Fernando Rosa, is defending his management of the little-known agency over the past 17 years. Nevertheless, after Nuria Piera denounced several cases of alleged irregularities in procurement tied to close family of President Danilo Medina, the press has continued to reveal more details of the widespread wasteful spending going on at the government agency.

President-elect Luis Abinader has said the division would be closed. Rosa denies corruption at Fonper and says the agency’s finances have been audited by the Chamber of Accounts and international auditing firms, KPMG, HLB and BDO. He said these audits are on the Fonper web page.

The payroll of Fonper is under the spotlight. Director Rosa makes more than half a million a month. Law 105-13 on Government Salaries establishes...
Click to expand...

Those people are not botellas, they are tinacos