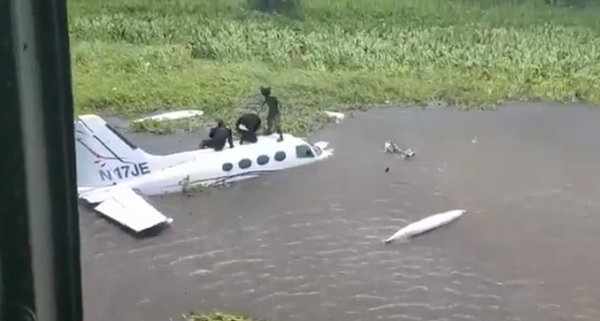 Venezuela’s Armed Forces (FANB) reports locating the aircraft that had gone missing from the radar of Dominican Republic air controllers. The Cessna 402, registration number N17JE, had landed at the shores of the Maracaibo Lake in Congo Mirador. The airplane had been reported missing after presenting a flight plan from Puerto Plata to Barahona.

The government of Venezuela tweeted: “Attention. A US registry drug trafficking aircraft has been disabled in Zulia. Our FANB and the ONA have located the aircraft that landed in the shores of Lake Macaraibo in the Congo Mirador sector, on 1 August.”

The aircraft had been missing since Saturday when it reportedly returned...
Click to expand...