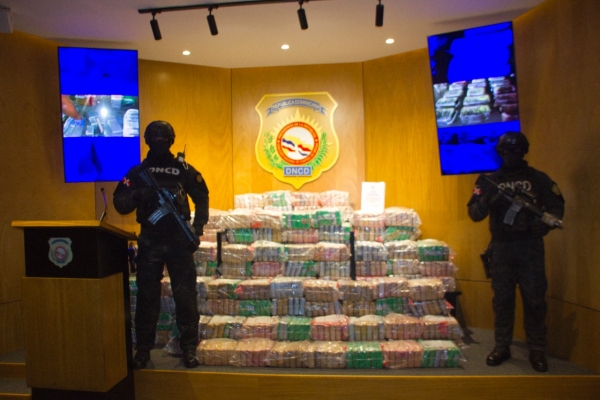 The National Drug Control Agency (DNCD) reported on 17 October 2021 the seizing of 978 packages of suspected cocaine at Caucedo Multimodal Port.

The capture of the drugs was the result of several days of intelligence efforts involving DNCD agents, canine units and military personnel. The DNCD had received intelligence reports that a container loaded with wood was in transit to Hong Kong carrying the controlled substances.

Indeed, after an inspection and after profiling dozens of containers, 29 black packages, wrapped with adhesive tape, containing 978 packages of the substance, were found hidden inside one of the cargo containers.

The Public Prosecutor’s Office, the DNCD and other intelligence agencies have initiated an investigation to determine the international drug trafficking networks that could be behind this important cache.