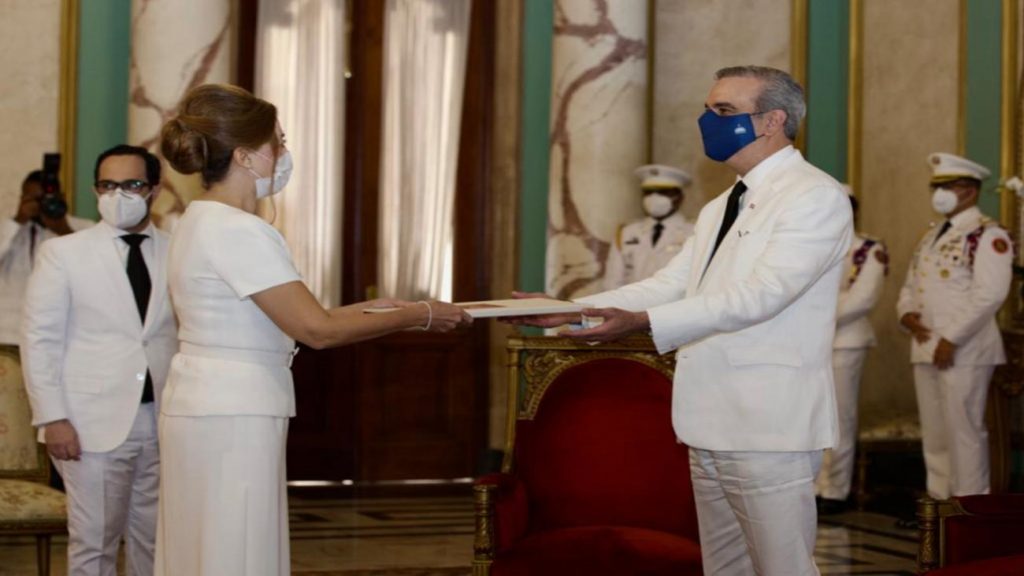 President Luis Abinader received the credentials of the ambassadors to Panama and Turkey on 2 December 2020 at the Presidential Palace. Vice President Raquel Peña and Foreign Minister Roberto Alvarez were present.

Pablo Javier Perez Campos has been ambassador of Panama all this year but had not presented credentials. A lawyer, previously he was the legal advisor to the Panamanian congress and had served as a criminal lawyer.

Yesim Kebapcioglu is the new ambassador of Turkey. She also has been in the Dominican Republic since early this year. Previously, she was part of the foreign relations advisors of the Turkish parliament.