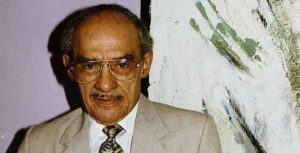 President Luis Abinader decorated late national poet Pedro Mir. Mir is best known as the author of “Hay un pais en el mundo,” (There is a Country in the World). Legal advisor to the President, Antoliano Peralta Romero, says that Mir deserves the “highest recognition” granted by the Executive Branch for his “valuable contributions” to poetry and Dominican culture.

Mir posthumously received the Heraldic Order of Christopher Columbus in the Grade of Grand Officer.

Peralta Romero said the award seeks to ensure the preservation and dissemination of Mir’s work to generations of Dominicans. He points out that Mir was also “a consecrated storyteller, essayist and university professor who became one of the major references of Dominican literature in the 20th Century.”

Mir was born in San Pedro de Macorís in 1913 to a Cuban father and a Puerto Rican mother of Spanish...
Click to expand...