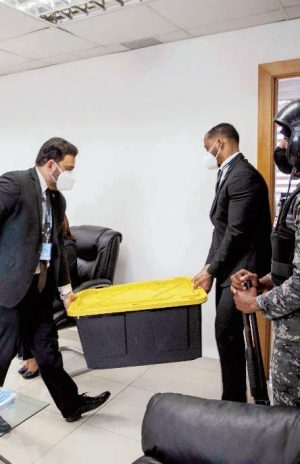 The Anti-Corruption Prosecutor’s Office (Pepca) requested the Supreme Court of Justice (SCJ) declare inadmissible and reject the nullity of the search warrant as filed by the lawyers of the Chamber of Accounts. Pepca argues that the nullity of an act proceeds when irregularities of form and substance have been proven, which has not occurred in this case.

The Supreme Court of Justice president is Luis Henry Molina. At the time of his naming to the position, Molina had just resigned as a member of the Dominican Liberation Party’s Central Committee (PLD). He had actively campaigned for President Danilo Medina.

The documents seized by the Anti-Corruption (Pepca) division of the Attorney General Office contain incriminating evidence against high-ranking officers in the past Danilo Medina administration.

In an instance addressed to the judge of the Second Criminal...
Click to expand...

Another Kangaroo show which will drag out for years. Odebrecht arrest were back in April of 2017 if my memory serves me correct.
R