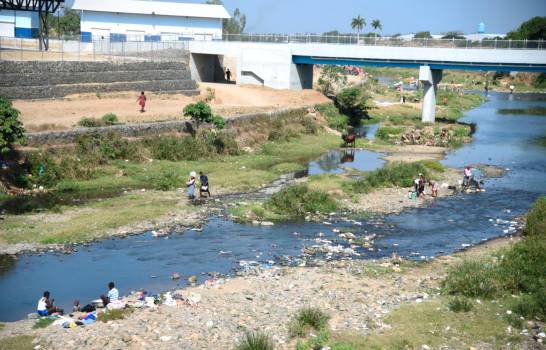 Authorities in the border province of Dajabón seek to stop the construction of a canal in Haiti that would divert the waters of the Masacre River. The river is the dividing line between Haiti and the Dominican Republic in the northwest corner of the republic. Over the years, deforestation in Haiti has caused major erosion and sedimentation of the important river.

An around 1 km long canal would connect to the Masacre River and channel the waters for agriculture in Haiti. The river is born in the Dominican Republic and runs for about eight kilometers between both countries.

The provincial governor, Rosalba Peña Rodriguez, has reported that a bi-national commission will be meeting to discuss the issue. The use of the river’s water is covered by international law.

“At the last meeting it was agreed to form a commission of technicians from both countries to make a survey in the...
Click to expand...

Continue reading...
Last edited by a moderator: Monday at 11:41 AM
U

As I hear Dominican relatives tell it ,as they live there... the dominicans long ago gave up on that river, as they had many in the area.... the photo is probably old now in the photo there would have about 200 haitians in it and around it... the water is polluted and green, agriculture water is the answer..........
U