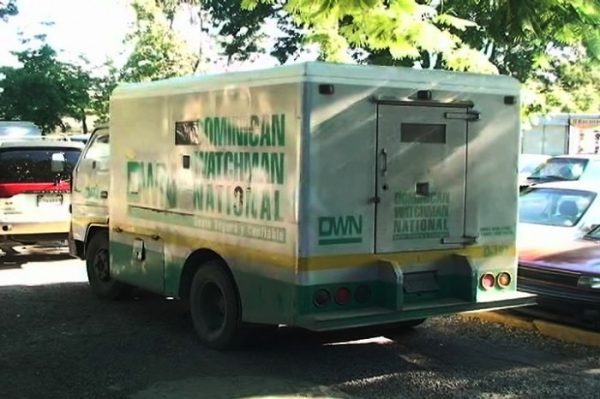 The Police has recovered almost RD$4 million of an auto-robbery by a cash truck transporter and accomplices. The Police have not said how much cash was in the truck.

Five arrests have been made in the case, and one returned the cash. The Police is on the trail of three others.

The Cibao Central Agency of the National Police reported it had recovered RD$3,937,650 in cash, of the money stolen from the armored truck. The Police say Luis Admi Rosario Guzmán, who was the driver of the Daihatsu truck is wanted, together with two others. Rosario is accused of planning the theft. The securities truck was abandoned in the La Terraza sector of Santiago.

El Caribe reports that Rosario Guzmán and two other fugitives allegedly took some suitcases out of the truck and transported them in the white Hyundai Sonata car that was left abandoned on the main street of Montellano...
Click to expand...

If the police say they recovered RD$4 million, I wouldn't be surprised if the real amount was actually considerably more!
Reactions: campesinadeatl
U

drstock said:
If the police say they recovered RD$4 million, I wouldn't be surprised if the real amount was actually considerably more!
Click to expand...

drstock said:
If the police say they recovered RD$4 million, I wouldn't be surprised if the real amount was actually considerably more!
Click to expand...

Do you remember when they raided that villa in Sosua where the guy had military grade weapons and was running a secret cult, quite a few years ago. And the initial reports said he had something like US$ 5 million in cash (I can't remember the exact amount) and subsequently the number magically changed to be reported in Dominican Pesos and was reported as something like RD$ 10 million. A lot of policemen out there not too good at counting it would appear.
Reactions: NanSanPedro
You must log in or register to reply here.
Share:
Facebook Twitter Reddit Pinterest Tumblr WhatsApp Email Share Link
Top Bottom