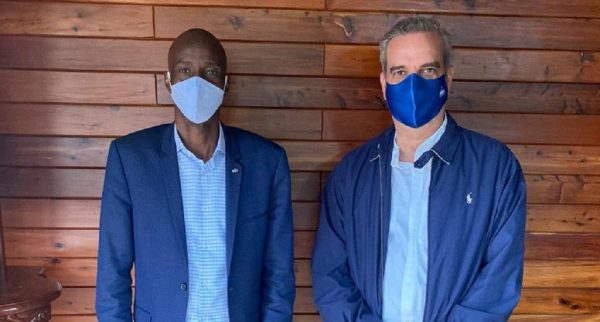 President Luis Abinader met with Haitian President Jovenel Moise in Elías Piña, a province on the border with Haiti. As reported by the Presidency, the meeting was informal yet the two leaders were able to talk extensively about bilateral issues. Abinader himself reported on the meeting and noted that a joint declaration of the agreements reached would be forthcoming

Last week, President Moise had announced that elections would be held in September 2021 in Haiti and that the country is going through a process of constitutional reform.

The Presidency had reported President Abinader visited the Intelligence Post of Coordinated Management of the Border in the community, El Carrizal, municipality of Comendador in Elías Piña. Elías Piña is...
Click to expand...

Haiti has a President? Who knew?

I thought their had to be a government to have a president.