President Abinader on his first 100 days in government 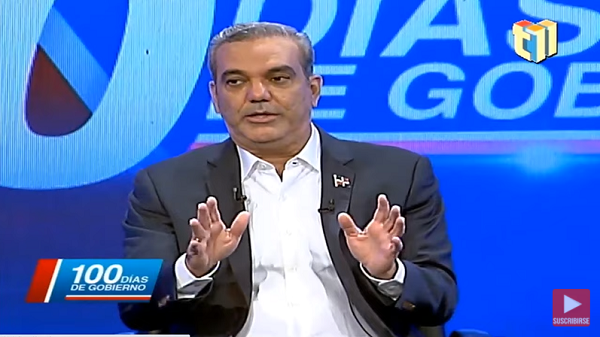 President Luis Abinader answered questions by journalists of the Corripio Group media. During the hour-long presentation, the President reiterated several of the actions of his government and announced relief programs and economic recovery programs would continue.

The President said his government is open to reducing curfew restrictions during the Christmas and New Year holidays but would act “intelligently.” Any relaxing of measures would depend on the pandemic indicators as the 24 and 31 December dates are nearer. He said the government has ready the protocol for vaccinating 5 million in the country for the coronavirus.

He announced the government would work closely with rice producers that seek to renegotiate terms with the United States and DR-CAFTA trade agreement.

He reiterated his support to changing the Constitution so it cannot be modified for...
Click to expand...