This is a perfect example of what happens when one person posts an off-topic comment. There we go, off on a tangent. And then the mods are often criticized for doing their jobs………

Agree, but he still didn't answer the question of 'where'. Since everything is in english ....
N

NanSanPedro said:
I have a visitor now who is a 28 y/o Haitian that I've known since he was a teen. Took him to MegaCentro today. I didn't think his eyes could get that big!
Click to expand...

Is he from the northwest? I hear from some acquaintances that, within Haitian conditions, the living standards of the area are borderline Northeast African levels of deprivation.

Naked_Snake said:
Is he from the northwest? I hear from some acquaintances that, within Haitian conditions, the living standards of the area are borderline Northeast African levels of deprivation.
Click to expand...

He's from okap. The farthest west I've ever been was Port au Paix in 2008 or 9. I don't know if that's northwest enough but I didn't see that level of deprivation.
Reactions: Naked_Snake
N

NanSanPedro said:
He's from okap. The farthest west I've ever been was Port au Paix in 2008 or 9. I don't know if that's northwest enough but I didn't see that level of deprivation.
Click to expand...

I'm talking mainly about the area around Mole St. Nicholas (Bombardopolis et. al.). If you look at the satellite images of the area, it looks very dry and harsh.
Reactions: NanSanPedro

reilleyp said:
How much per pound there?
Click to expand...

I've bought Roast Beef and Virginia Ham at 750 a pound.

Whoops! Back on topic.
Reactions: cavok, Gadfly and NY2STI

One Dominican at a time, please!

Naked_Snake said:
Is he from the northwest? I hear from some acquaintances that, within Haitian conditions, the living standards of the area are borderline Northeast African levels of deprivation.
Click to expand...

There are things seen in places like Greater SD or Santiago (and elsewhere) that people take for granted, but newly arrived Haitians notice and are impressed with. Plus, many Dominicans also have an inferiority complex regarding the country, so many Dominicans would have a hard time understanding how anything from the DR can impress anyone from anywhere. I've met some Dominicans that actually think the DR is at the same level as Venezuela. Funny enough, I've never heard a Venezuelan say that. I wonder why.

When it comes to Haitians that have always lived in Haiti, seeing something as simple as a tunnel could be a revelation of sorts.
Last edited: Jul 16, 2021
Reactions: NanSanPedro and Naked_Snake
C

I agree that Columbian cartels may have their eye on Haiti, but the fact that they once trained in the US means nothing. Hundeds of thousands of foreign soldiers have come to the School Brigade on Fort Benning to take different classes. Airborne, Ranger, Pathfinder, Infantry School, etc. It's common practice to let friendly nations use US Military training facilities.
Reactions: Big, NanSanPedro and mountainannie
C

Naked_Snake said:
I'm talking mainly about the area around Mole St. Nicholas (Bombardopolis et. al.). If you look at the satellite images of the area, it looks very dry and harsh.
Click to expand...

It has always been like that. In fact, that's the area that Columbus et al spent a few days after arriving to the island for the first time in 1492. According to his own writings, the area was extremely similar to southern Spain (which is a very dry place) and the first time they see that after leaving Spain. Some of the men went ashore and discovered other things like in Spain, such as certain fish types which they hadn't seen since they left the European country. Due to that, Columbus decided to name the island "La Española (Hispaniola)." A few days later the winds finally picked up in a eastern direction allowing for the three caravrls to continue easterward along the north coast and it was noted that as they sailed eastward, the island started to look like nothing of Spain, but Columbus had already named the island, so that was that.
Reactions: Naked_Snake

I have to say that lately not much new information has been coming out of Haiti regarding the assassination. The media is simply repeating what has already been said. Hopefully, Haitian authorities haven't hit a wall. The other 5 suspects appear to still be on the run, possibly not even on the island. With the amount of coastline in Haiti, sailing to Jamaica or Cuba isn't that farfetched. Border markets are now open, so smuggling into the DR is now easier too. They could also be dead too, their decomposing bodies waiting to be found somewhere.
Last edited: Jul 16, 2021
M

I am Stil finding this story Really Really Really Hard to believe....
but this seems to be the story --
We are now awaiting the news on who were the "intellectual authors?" who are hinted at...

..."Those arrayed around Sanon included Walter Veintemilla, a Florida financier who invests in infrastructure projects, and Antonio “Tony” Intriago, the owner of a local security firm also in Florida, according to Duverger and another person familiar with the meeting. The gathering became a precursor to an ambitious written proposal shared among Sanon and the two business owners the following month and obtained by The Washington Post.
A company owned by Veintemilla, Worldwide Investment Development Group, and Intriago’s CTU Security would recruit and assemble a private security force to protect Sanon until he became Haiti’s president, according to the details in an unsigned draftconsulting agreement obtained by The Post. Sanon ultimately would repay them for their services using the country’s assets, according to the draft contract circulated on June 22.
A separate document obtained by The Post lays out proposed loans totaling more than $860,000 to Sanon for ammunition, equipment, transportation and accommodations for personnel, and listed dates for expenditures during May and June. Three-fourths of the $860,000 would be covered by Worldwide, the breakdown shows, and the remainder from CTU."...

Including the pre planning and trips to South America, it could be a Netflix mini-series.
Reactions: Sailor51

I wouldn't be surprised. Truth is stranger than fiction.

According to this article yesterday, it was planned by an ex minister of Justice 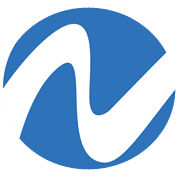 JD Jones said:
The Police have finally detained Dimitri Herard, the chief of security for the National Palace:
Click to expand...

Never to see the light of day........Thats what will happen to the real story.
M

windeguy said:
Including the pre planning and trips to South America, it could be a Netflix mini-series.
Click to expand...

I dunno. So far - I don't think that I would actually buy the screenplay as something credible. There is more "meat" on the bones of the story coming out.. The WaPo has "papers" -There were supposed 2 hr. Zoom planning meetings. It might START to get credible....

..."Robert N. Nicholson, a former assistant U.S. attorney for South Florida, issued a statement Thursday night on behalf of Veintemilla confirming that one of his firms, Worldwide Capital Lending Group, “assisted in providing a loan to CTU” Security.

That stops short of saying Veintemilla, an Ecuadorian émigré, actually lent money to the operation. Nicholson asked for questions in writing but did not respond to a list of 10 detailed questions about Veintemilla’s relationship to CTU, Intriago and Sanon.

Duverger, who Sanon had asked to become his economic adviser soon after meeting him, said that he began participating in the Zoom meetings in 2020 with Sanon with other influential Haitians that at times included government officials to discuss the country’s problems and ways to solve them.


“Half of those participating were Haitians living and working in Haiti, some of which were government employees. We counted with a gentleman that was part of the diplomatic corps in Haiti working at the United Nations, and another that was working in another country. They were good-caliber professionals,” he said.

The weekly meetings, organized by Sanon, usually lasted about two hours and kept a strict agenda and mainly focused on economic, social and development issues, he added. Those participating loosely called themselves “the Strategy Group.”"...

Here is a podcast - https://www.thechicagocouncil.org/c...al&utm_term=leaderless-haiti&utm_content=text

Both Charles & Fatton are recognized as authorities on Haiti...
Reactions: NanSanPedro
W