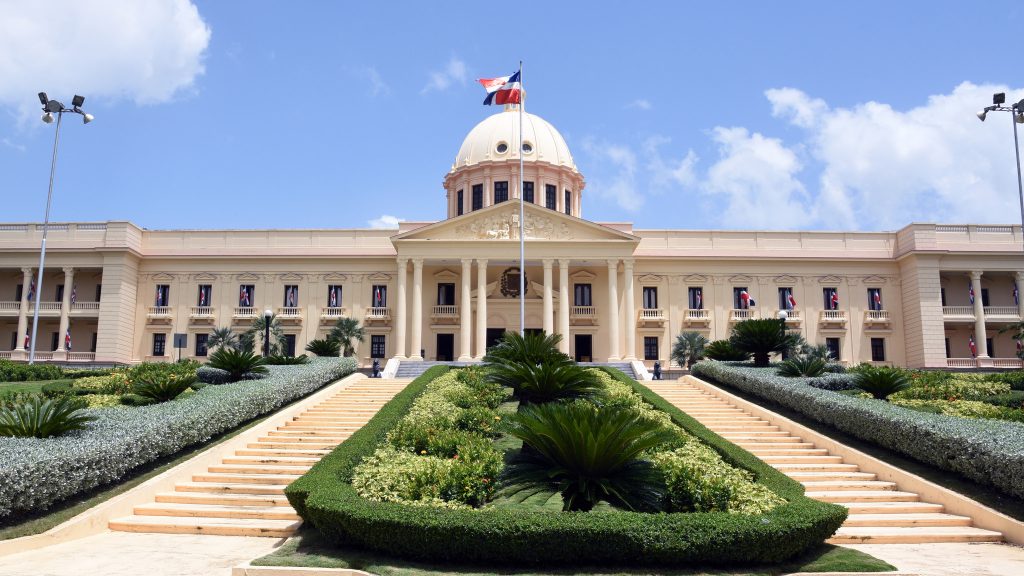 The Medina administration has submitted a bill asking the Senate to add another 25 days to the National State of Emergency. While some argue this is necessary to continue to impose the curfew, with shutdown from 7pm to 5am, others say the government can still take needed actions without the declaration. Journalists have disclosed millions in procurement as government entities take advantage of the lax rules for buying in an emergency. The National State of Emergency ends on 1 June 2020.

In. the press briefing on 27 May 2020, Public Health Minister Rafael Sánchez Cárdenas in favor of the extension. He said that the curfew and National State of Emergency need to continue because Covid-19 is not over in the Dominican Republic.

The bill will first be discussed in the PLD-majority Senate. It is expected to be approved. Then it passes to the Chamber of...
Click to expand...

I recall that he was asked not to bother asking for another extension. Will the Diputados just say no as they told him after the Senate says yes? I guess we will know in a couple of days.

I kinda like the curfew.
Reactions: John Boyter and etolw

The question is can they keep the curfew without extending the emergency status.
W

bob saunders said:
The question is can they keep the curfew without extending the emergency status.
Click to expand...

Not sure, but I doubt the curfew can be extended without emergency power, despite some opinions to the contrary.

If I were a betting man, I would say things were going to heat up at night after June 1.
E

windeguy said:
Not sure, but I doubt the curfew can be extended without emergency power, despite some opinions to the contrary.

If I were a betting man, I would say things were going to heat up at night after June 1.
Click to expand...

Your odds wouldn't make a bet worthwhile imo. Even the rats in NYC are crazy atm. Hungry.
W

etolw said:
Your odds wouldn't make a bet worthwhile imo. Even the rats in NYC are crazy atm. Hungry.
Click to expand...

Very little chance the curfew would be extended this time. We will see about that in a day or two.

It is my understanding that the curfew extends from the powers to override the Constitution conferred by the S.O.E.

No S.O.E. then no curfew and no other restrictions on the movement and gathering of people. No S.O.E. would mean a runaway infection scenario with no ability to slow the spread of the virus.

I can only believe that the hoots & hollering being done threatening to not renew the S.O.E. a 4th time is just political posturing for the upcoming election. The vast majority of correct thinking people have to understand that now is not the time open the corral. Five weeks until the election. In that time, half the country could be sick and unable to vote without infecting the other half. That would be a made in the DR disaster and would delay the opening of the country and the borders indefinitely. Surely no elected official is that stupid. Well maybe one or two of them are but the rest should be able to see how the S.O.E. is required to continue moving forward in a responsible manner.
W

Cdn_Gringo, I can only go by what I have read in the news. No more S.O.E extensions will be granted.
The curfew will likely end June 1. That is my best guess.

As for the 5 step 4 step plan for reopening the DR, that is another story how it will play out. People think airports are opening in June for regular passengers when the plan says July.
E

I actually wanted to say that WHEN the curfew is lifted, watch your belongings.
Curfew has been great means to reduce crime imo.

etolw said:
Your odds wouldn't make a bet worthwhile imo. Even the rats in NYC are crazy atm. Hungry.
Click to expand...

Not granting an extension to the S.O.E. would be the height of foolishness and the single biggest boner committed by the Politicos since the Parsley Massacre, likely resulting in the deaths of even more people in total. But, this is the DR and anything is possible, especially if it makes no sense.
W

Cdn_Gringo said:
Not granting an extension to the S.O.E. would be the height of foolishness and the single biggest boner committed by the Politicos since the Parsley Massacre, likely resulting in the deaths of even more people in total. But, this is the DR and anything is possible, especially if it makes no sense.
Click to expand...

Money almost always wins when decisions are made. I learned that long ago. The reasons for the "boners" became apparent.

the SOE is needed at this time,
as it is a requirement to be able to extend the Curfew.if the curfew ends now then the masses will come home from work, where they all been desinfected all day long, cleaning surfaces, wearing masks, washing their hands etc etc etc,
just to hook up with the whole barrio at the colmadon to hug and kiss each other, be one on top of the other, life as usual.
then all til now blow the economy stuff been done for nothing.
teh senate already approved today the extention of the SOE,
sure, it is the senate of the reigning parties, lol.
tomorrow morning the 2nd chamber will start at 10AM, this is the hosue of the Opposition.
general consensus of the last days is that one single party is shooting heavy against a extention,
but others don't sound unwilling to extend, under some conditions, something that also been the case on all prior extentions.
they will cut it down to just 14 day, running June 2nd til 16th, exactly til the end of phase 2.
if thats the case, it has to go back to the 1st chamber/Senate, which would approve it right away friday afternoon or saturday morning,
all on time before DR Mothers day this sunday 31st.
if not extended, people sure will all be out and celebrating all together Mothers Day on Sunday and all prior given recommendations about any precautions will be null that day.
to run the phases, SOE is a necessary tool to do so.

to stop the extention, would also hide a high risk for the Opposition, this close to the elections.
if SOE stops and a week or 2 later numbers rise(really or artificially doesnt matter),
then the reigning forces would have the heavy argument to blame the opposition for the failure of the Covid management.
so such failure could at the end become a political positive for the ehavy struggling reigning party
and bring the opposition more back to their 2nd place in the race.
I think they will cry out loud all sh.it, but they will extend.

tomorrow we will know.
Reactions: chico bill and cavok

We've flatten the curve.
Now its time to flatten the fear.
This is about power, control and profits.
Reactions: Tonchi, chico bill, John Boyter and 2 others

Alfredo Pacheco, who served as a spokesman for the congressmen and is a spokesman for the PRM bloc in the Chamber of Deputies, considered that the measures adopted by the Government as inefficient and malicious in handling the COVID-19 and blamed them for taking political advantage of the pandemic.

The Perremeista caucus in both legislative chambers reported that the exceptional powers were not taken advantage of by the Government in its beginnings to break the chain of contagion.

Among the legislators present at the press conference were deputies Alfredo Pacheco, Josefa Castillo, Gloria Reyes, Ramón Bueno and Senator Santiago José Zorrilla, among others.

Senators and FP deputies will not approve fourth request to extend state of emergency
The block of deputies and senators of the People's Force (FP) will not approve in the National Congress the fourth request for a state of emergency that the Government requests again, considering that said request is incoherent, inconsistent and contradictory with the applied provisions of the reopening of the economy in the country.
This was reported by Henry Merán, secretary of Legislative Affairs of FP, who stated that the party's legislative blocs base their position on the one hand that the Government is executing a plan for the "gradual" opening of the economy and on the other request a fourth extension of the state of emergency term.
"The government, in applying the plan to reopen the economy, has in practice caused more than 70% of citizens to return to their usual and daily tasks, including the main productive sectors, which is why keeping the state of emergency in force it loses all reason and sanitary sense, because it would only lead to restricting fundamental rights, ”said Merán on behalf of the senators and deputies of Fuerza del Pueblo.

He said that the Government has ignored all the recommendations and suggestions made by the People's Force to mitigate the impact of the coronavirus (COVID-19) in the country.
Merán reported that for these purposes a resolution was presented in the National Congress that requires the immediate and effective response to the health crisis that the country is experiencing, the minimum application of 5,000 tests a day, attention to the most vulnerable, social protocol before the covid -19, as well as the requirement of transparency for purchases of state goods and services.
"The Government has given inefficient and late management of the health crisis, in addition to having a whimsical and manipulated management of the official statistics of the covid-19, in order to continue to indiscriminately administer State resources while prolonging the crisis with electoral political ends ”, argued the secretary of Legislative Affairs of FP.
Finally, he stated that "as legislative blocks we understand that it is inappropriate to continue with the current state of National emergency in the country, with a Government that only uses it to seek particular political advantages and benefits, behind the interest and health of the Dominican people" .

if-if-if not extended, I expect mayhem

I see the senate held strong with not extending the SOE.. wonder who really runs the show

CristoRey said:
We've flatten the curve.
Now its time to flatten the fear.
This is about power, control and profits.
Click to expand...

Is it possible that the goal going forward is to keep the curve flat? Is that not in the best interest of most countries that have gone through lock-downs to achieve this result?
Reactions: Harleysrock

csteinwand said:
I see the senate held strong with not extending the SOE.. wonder who really runs the show
Click to expand...

Indeed they did.
I really wish the people
who continue to bash me
would realize, this is about
money and power
(not about saving lives)
both of which Danilo
has no interest
in sharing with the opposition
parties, hence them taking off
the gloves this afternoon.
Hopefully this will be the last
time the DR ever sees a curfew.
Reactions: tht and chico bill

Cdn_Gringo said:
Is it possible that the goal going forward is to keep the curve flat? Is that not in the best interest of most countries that have gone through lock-downs to achieve this result?
Click to expand...

Keeping the curve flat? Of course.
Sounds like plan. Can be done. The
lockdown was a panic move. Now that
we know who is most vulnerable we
can apply a more measured approach
instead of the one size fits all.
Some people obviously disagree with
me and thats fine. They are more than
welcome to shelter in place until hell
freezes over.
Reactions: wayne, tht, chico bill and 2 others
You must log in or register to reply here.
Share:
Facebook Twitter Reddit Pinterest Tumblr WhatsApp Email Link
Top Bottom