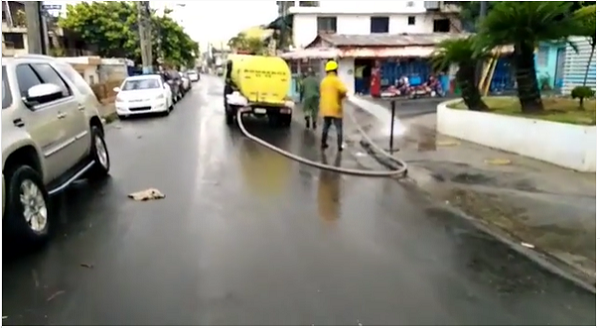 Public Health Minister Rafael Sánchez Cárdenas was emphatic that millions invested in disinfecting city streets with chlorine are being put to good use. Over the weekend, news stories circulated whereby the World Health Organization said the efforts were a waste of money and could be harmful to people’s health.

“Chlorine is a universally-used antiseptic,” he said. “Nothing has changed,” he argued. He said he continues to recommend the disinfection be undertaken in colmados and in family homes where people have tested positive. “We have always used chlorine for hygiene here,” he said.

Experts say that while chlorine can disinfect, the constant exposure to chlorine irritates the eyes and skin and, even at quite low levels, can cause permanent lung damage. Breathing high levels of chlorine causes pulmonary edema—fluid buildup in the lungs.

Early in the spread of the disease...
Click to expand...